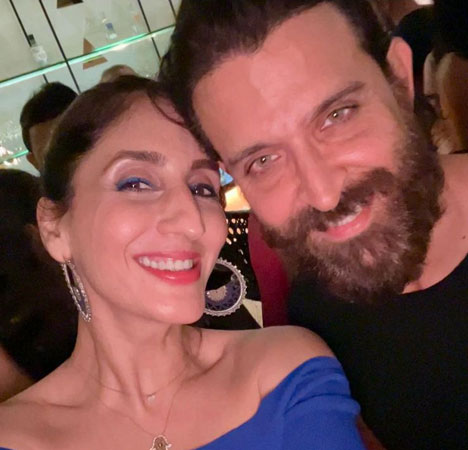 Hrithik Roshan and Saba Azad have recently made their relationship official by walking hand-in-hand out of Mumbai Airport on Tuesday.

Reportedly, all four flew in from Goa, where Sussanne threw a grand bash at the launch of her new restaurant Vedro.

The War actor was spotted with his girlfriend Saba who were seen enjoying each other’s company.

Saba, on the other hand wore a pink low-neckline outfit and looked gorgeous.

It is pertinent to mention that this is the first time Hrithik and his girlfriend were pictured partying with the actor’s ex-wife and boyfriend Arsalan.

Hrithik and Saba are new lovebirds in tinsel town. They have been dropping in sweet comments on each other’s social media posts for quite some time.

On the work front, Hrithik will next be seen in movies Vikram Vedha opposite Saif Ali Khan and Fighter with Deepika Padukone.