* We are in the 'urban century,' the report says, with nearly seven billion people expected to live in built-up areas by 2050 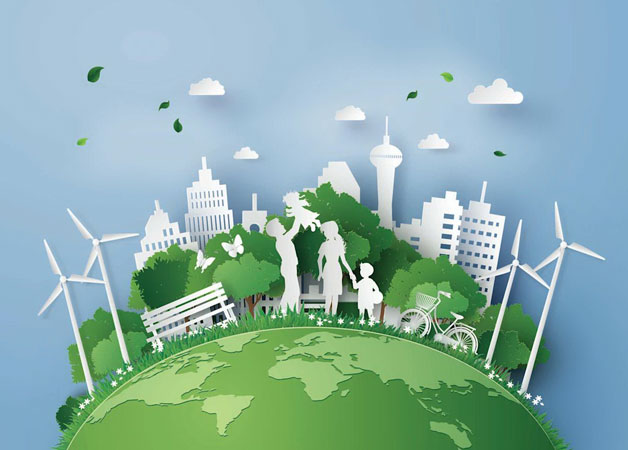 With a whopping 70 percent of humanity predicted to be living in urban areas by the middle of the century, UN climate experts see a huge opportunity to create ideal cities that are walkable, leafy and energy efficient.

We are in the “urban century”, the report says, with nearly seven billion people expected to live in built-up areas by 2050. If this rapid expansion is chaotic, unplanned and inefficient it could cause emissions to explode.

But the IPCC says there is another option. “Although urbanisation is a global trend often associated with increased incomes and higher consumption, the growing concentration of people and activities is an opportunity to increase resource efficiency and decarbonise at scale,” the report says.

Cities are already more efficient: For the same level of consumption, a city dweller often needs less energy than their neighbour in the countryside.

That’s because of the economies of scale in densely populated areas, where people share infrastructure and services, it says. The IPCC did not give specific price tags for the measures it outlines, since they would vary considerably from place to place, but stressed that electrification, for example, was a “feasible, scalable and affordable” way of decarbonising public transport systems.

Overall, the IPCC makes clear that the economic benefits of cutting carbon pollution outweigh the costs of climate inaction. Air pollution, for example, causes some seven million premature deaths each year around the world.

The report said the economic payback from reducing air pollution alone would be on the “same order of magnitude” as the investments needed to slash emissions, potentially even larger.

And the value of improvements in health and quality of life go beyond money.

CAR-FREE — the IPCC paints a picture of a “compact and walkable” urban area, with relatively high density of housing, shops and offices located close together, so that the journey from home to work and to services is short.

“Larger cities around smaller communities,” said Diana Reckien, of Utwente University in the Netherlands, citing the example of recent restructuring of urban planning in Berlin.

“A community is really four-by-four blocks, with only small streets, either a playground or a market square, mostly in the middle and all basic services,” said the researcher, who was not involved in the IPCC analysis. Then you need to connect these districts together with cheap, reliable and plentiful public transport to wean households off their cars.

TWO COLOURS — green and blue – plants and water – are essential additions to the often monochrome urban landscape. Today, cities are net carbon emitters, but they could both reduce their emissions and absorb more carbon, according to the IPCC. Urban forests, tree-lined streets, green roofs or facades, parks or waterways are all examples.

This “green and blue infrastructure” will not just help to suck up emissions but can also play an important role in protecting neighbourhoods from the impacts of global warming.

For instance, if more plants grow in amongst the buildings then they can reduce the effects of what is known as “urban heat islands”, which are dense urban areas that amplify the suffocating effects of heatwaves. That has been done for example in Colombia, where the second-largest city, Medellin, transformed the verges of roads and waterways into 30 green corridors that reduce the impact of the heat island effect, the UN’s Environment Programme says.

Basins, grass verges and waterways can absorb flooding, like a large-scale “Sponge City” project in China.

“Cities should combine their mitigation efforts with adaptation, which can often create visible local benefits,” said Tadashi Matsumoto, an expert at the OECD who was not involved in the report. “If you are only talking to citizens about global carbon emissions, they may not feel it is a priority. But if you’re talking to them about floods or the heat island effect, then they may feel these are their problems,” he told AFP.

FROM IDEAL TO REAL — growing cities are the perfect places for green innovation, said Reckien.

But she added that people needed to be given sufficient information.

“It’s important for people who live in cities to understand why it’s done, how they can use it, how it is improving their life. Especially since it’s usually done on tax money,” she said.

Not all urban areas face the same challenges, the IPCC report makes clear.

Older, established cities will have to replace or retrofit their existing building stock, electrify the energy system and overhaul transport systems – more costly than building new urban areas from scratch. Fast-growing cities must resist the urge to sprawl, it said, keeping distances between homes and offices short. And finally new or emerging cities have the chance to get it right the first time. They will have “unparalleled potential to become low- or net-zero emissions urban areas while achieving high quality of life”, the report said. With some 880 million people living in informal urban settlements, the IPCC added that much of the urban infrastructure of 2050 has yet to be built.

“How these new cities of tomorrow will be designed and constructed will lock-in patterns of urban energy behaviour for decades if not generations,” it said.