Imran set constitution on fire while on way out: Bilawal 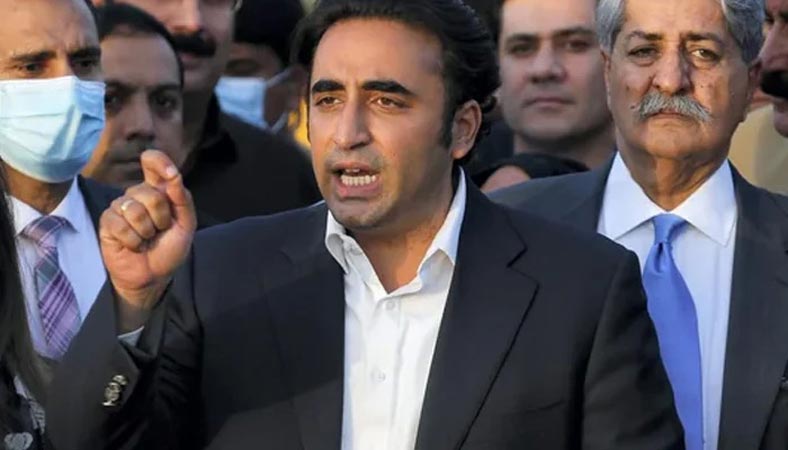 PPP Chairman Bilawal Bhutto Zardari Wednesday said if a “coup” could be pulled off in 30 seconds, it should also be undone in about the same time.

“Justice delayed is justice denied,” tweeted Bilawal as the hearing on the April 3 National Assembly fiasco continued for the third consecutive day in the Supreme Court.

Lamenting the no-confidence motion filed by the PTI against its own deputy speaker in the Punjab Assembly, Bilawal said Deputy Speaker Sardar Dost Muhammad Mazari was locked out of the assembly on the day of voting for the slot of chief minister. The PPP leader said none of interim prime minister Imran Khan’s “desperate measures” could now save him as his government was gone. “Selected raj is over. The people are watching, history will record how he was brought in undemocratically and on his way out he set the constitution on fire,” Bilawal stated, says a news report.

Earlier in the day it was reported that a history of sorts was made in the Punjab Assembly after it received two no-trust motions in a single day, one submitted by the joint opposition against Speaker Chaudhry Pervez Elahi and the other by the Pakistan Tehreek-e-Insaf (PTI) against its own Deputy Speaker Sardar Dost Muhammad Mazari. However, the government refused to accept the no-confidence resolution against the speaker.