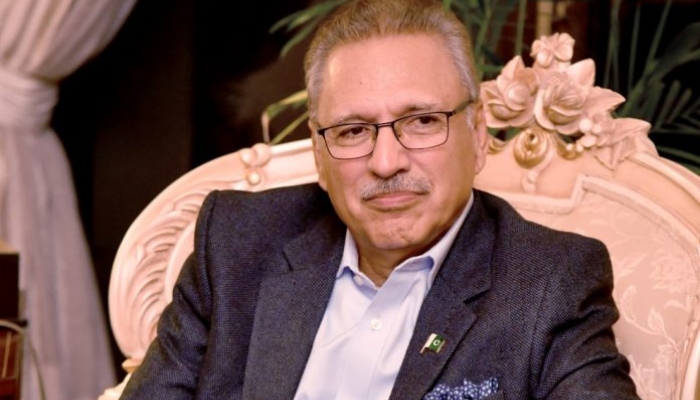 President Dr Arif Alvi Wednesday asked the Election Commission of Pakistan (ECP) to finalize a date for fresh elections in the country.

The development comes after the National Assembly Deputy Speaker Qasim Khan Suri disallowed the united opposition’s no-confidence motion against Prime Minister Imran Khan and the president dissolved the lower house of parliament on the premier’s advice on April 3.

The Supreme Court is currently hearing the matter to decide the legality of the deputy speaker’s ruling and the subsequent actions and orders of the prime minister and the president.

“In a letter dated April 5, 2022 addressed to ECP, the President’s Secretariat asked to propose date(s) for holding general elections within 90 days from the date of dissolution of the National Assembly i.e., April 3, 2022, in accordance with the provisions of the Constitution of Pakistan,” the President House said in a statement.

“In order to carry out the mandate of the Constitution of announcing the date of general elections, consultation with the Election Commission is required under Section 57(1) of the Elections Act, 2017,” the letter stated.

While the opposition applied its resources to the court, Imran effectively hit the campaign telling party workers in Lahore late Tuesday that he would be more careful in picking candidates to stand for his party.

His woes started weeks ago when a group of rebel PTI lawmakers threatened to vote against him, but his fragile ruling coalition was beginning to unravel anyway.

There had been high hopes for Khan when he was elected in 2018 on a promise of sweeping away decades of entrenched corruption and cronyism, but he struggled to maintain support with soaring inflation, a feeble rupee, and crippling debt.

The Free and Fair Election Network (FAFEN) has identified multiple constitutional, legal and operational challenges to the conduct of an early election.

“Public confusion and political divisions that have already arisen as a result can potentially translate into violent expression,” it said.

Imran has already raised anti-US sentiment in the country by saying that the opposition had colluded with Washington for “regime change”.

Meanwhile, there were reports that the ECP had started considering options to carry out delimitation of constituencies in the minimum possible time.

it was stated that Chief Election Commissioner (CEC) Sikandar Sultan Raja was chairing meetings to discuss the constitutional crisis and the ECP’s preparations in case the Supreme Court refuses to set aside Deputy Speaker Qasim Suri’s ruling.

Section 17 (2) of the Elections Act 2017 directs the ECP to delimit constituencies after every census is officially notified. The current delimitation had been carried out on the basis of provisional results of the 2017 census under a one-time waiver of the legal provision.