* 'I am continuing with my Bachelor's Degree at FIDM, majoring in Creative Industry Studies with a core in Beauty Marketing & Product Development,' Bynes exclusively told E! News 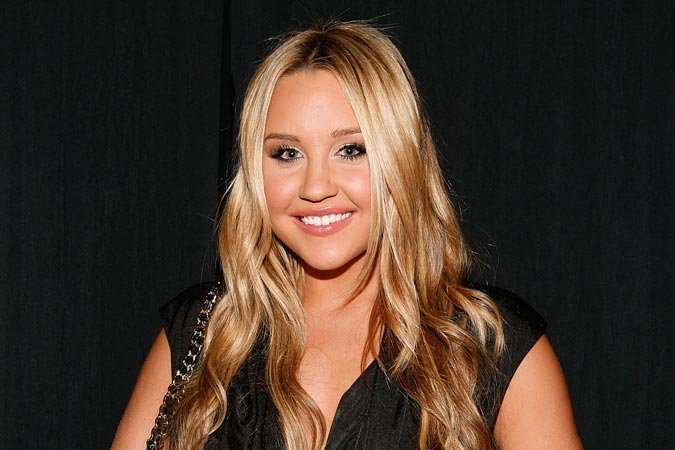 What a difference some paperwork makes. While Amanda Bynes had been on the road to reclaiming her life for some time, only on March 22 when a judge ended her conservatorship after almost nine years was she officially free to move on in the way she thinks is fit.

And yes, it turns out that living on her own terms really is all that.

“I am continuing with my Bachelor’s Degree at FIDM, majoring in Creative Industry Studies with a core in Beauty Marketing and Product Development,” Bynes, who’s celebrating her 36th birthday April 3, exclusively told E! News. “I am traveling to New York in June to work on developing a fragrance which will be ready to launch near the holidays.”

So basically, as a source close to Bynes shared with E!, she’s “very happy and has been enjoying her freedom this week.”

Which sounds about right. On the day the judge terminated the conservatorship, Bynes had told E! that words couldn’t even begin to describe how she felt, but it was “wonderful news.”

Her mother, Lynn Bynes, had been legally in charge of her finances, medical care and overall well-being since August 2013-an arrangement that was temporary at first but made permanent the following year.

Bynes petitioned the court in February for a hearing, and her mom was perfectly fine with that. Lynn’s attorney Tamar Arminak told E! News that, considering “Amanda’s amazing progress,” she “completely supported” her daughter’s move.

When the conservatorship ended, Arminak told E! that Lynn was “very happy and proud of Amanda for everything that she’s done and come through, and how she’s stronger and better on the other side of this conservatorship.” Moreover, Lynn was looking forward to “having a mother-daughter relationship rather than a conservator-conservatee relationship.”

That included getting to celebrate Bynes’ engagement, the actress having shared on Valentine’s Day in 2020 that she was planning to marry “the love of my life.” She didn’t reveal his identity right then, but the proposer turned out to be Paul Michael, whom she had met in a treatment facility and dated for a few months before he popped the question.

“We take good care of each other and we’re understanding of one another and she is a good listener, and we’re there for each other,” Michael told E! News in December 2020. “We have the best time and I love spending every second with her. She is the best thing that ever happened to me.”

The couple, who weren’t living together yet at the time but certainly hoped to one day, have so far defied any sceptics who thought their connection might not have long-term potential.

These days Bynes proudly wears her heart below her sleeve, “Paul” tattooed on her left wrist in gothic script.

And now she’s free to follow her own heart, wherever it leads, a source close to Bynes telling E! News in February that, once her conservatorship was terminated, she’d be able to “get married, live wherever she likes and travel freely wherever she wants to go, among other things.” Lynn had been closely following her daughter’s progress, the insider added, and from the reports she was provided she was confident that Bynes was “determined, successful and able to manage her day-to-day life and well-being.”

Bynes’ attorney, David A Esquibias, noted, “Once the conservatorship is terminated. Amanda will be free to live her life as she chooses.”

Addressing her situation in a Feb. 18, 2020, Instagram video, the What a Girl Wants star cited the high cost of her treatment-$5,200 at the centre she’d been going to every month, she said-and questioned why she couldn’t pick out her own place that would accept her insurance.

“Thank you so much guys for hearing me out,” Bynes added. “I’m sorry that this is what I’m dealing with and I’m sorry that I put my problems onto the Internet, but this is what life has come to. So thank you guys so much for always supporting me. Love you all. Peace out. I appreciate your love and support. Love you guys! Bye!”

No apology necessary, since the fans who’ve been rooting for her all along were always just happy to see her doing well.

Bynes turned off the comments on her posts to her newer Instagram account, but the feedback from elsewhere online includes one user tweeting March 27, “I hope Amanda Bynes is having the best week of her life,” and another from March 31 reading, “Britney and Amanda Bynes are free. My family is healthy. Sky Ferreira is coming back… Nature is healing.”

Speaking of the circumstances that ultimately led to Britney Spears being let out of her increasingly controversial conservatorship in November after 13 years, Esquibias told the Daily Beast in a statement last September that there was “no comparison” to be made between the two cases.

“Amanda understands the benefits of her conservatorship and is content with the arrangement for now,” he said.

But soon enough Bynes was ready to move on with her life and her family-and, thankfully, a judge-agreed that it was time. As the petition to free her contended, her condition had improved and “protection from the court is no longer necessary.”