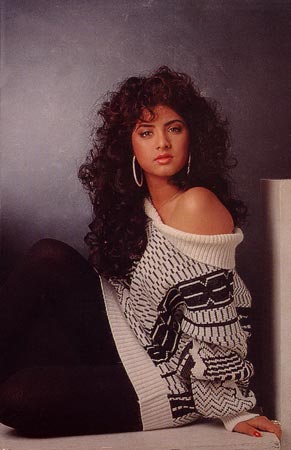 Divya Bharti started her career as a teenager and she quickly established herself as the leading lady of Bollywood.

She was soon known for acting versatility and beauty. She was one of the highest paid actress of her time. She made her mark in films such as Vishwatma, Shola Aur Shabnam and Deewana. She was on top of her game. But her animosity with Aamir Khan cost her dearly.

It all started when Divya lashed out at Aamir after he refused to perform with her on their London tour in 1992. Divya had made a gaffe during the live show and Aamir, who was sharing the stage with her, noticed it. Aamir then refused to perform with Divya and chose Juhi for the performance. Divya was deeply affected by the incident, which left her in tears. Salman came to her rescue and performed with her. This incident had severed her relationship with Aamir.

“It’s sad that he’s got the attitude that he’s senior and that if we juniors make mistakes we’re out. He should correct me. As a senior he should tell me my mistakes, not take them to heart. He should behave like a senior, not a star. Actually one of the organisers even told me that Aamir felt I was ignoring him. But tell me, what difference does it make to him if I ignore him or not? I always greeted him with a ‘hello sir’. I didn’t ignore him at all. If I did too, it was obvious why. Believe me, I was so upset that I sat in the bathroom and cried for hours. I was very hurt. But I had to be brave and go out there and perform. As we were all paid to do so. I’m still very quite upset with Aamir’s starry attitude. Thank god for Salman and his genuine niceness,” Divya had said in a Stardust interview.

In 1993, Divya was chosen opposite Sunny Deol in Darr, but, she was soon ousted from the project reportedly due to her differences with the director and producer Yash Chopra. However, her mother had revealed that it was Aamir who got Divya replaced in the film. “Many people still think that Divya lost Darr because she had a problem with Yash Chopra. That wasn’t the case. When Sunny was signed, he wanted Divya opposite him. But Aamir wanted Juhi Chawla,” she had said in an old interview.

“Unfortunately, at that time, we were in America for some shows. Before we left, they announced Darr with Sunny, Divya and Aamir. When we returned, it was Sunny, Juhi and Aamir. It seemed that Aamir Khan, who was also working with Yash Chopra in Parampara, managed to push Juhi and had Divya Bharti dropped. After he got Juhi into Darr, he was dropped and Shah Rukh was taken,” she added.