* Houston followed suit and her slit appeared a tad similar, except it included a train 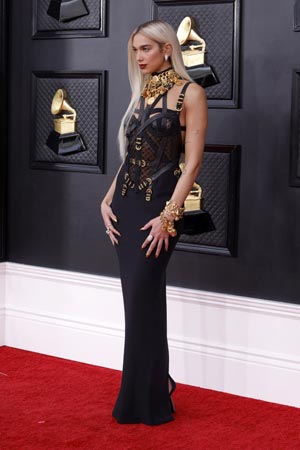 Whitney Houston and Mariah Carey did it first and Dua Lipa and Megan Thee Stallion recreated the famous-yet-cheeky fashion moment at the 64th Annual Grammy Awards.

In the gag, sold as ‘fashion faux pas’, Houston and Carey – during the MTV Video Music Awards in 1998 – wore near-identical brown dresses. Realising it, Carey ripped off a portion of her dress, displaying her legs and giving the look a whole-new appeal.

Houston followed suit and her slit appeared a tad similar, except it included a train. They showered praises on each other before they got back to presenting. “Now that’s a page-turner,” Carey said. “No, you look good,” Houston responded, proceeding to hug her. 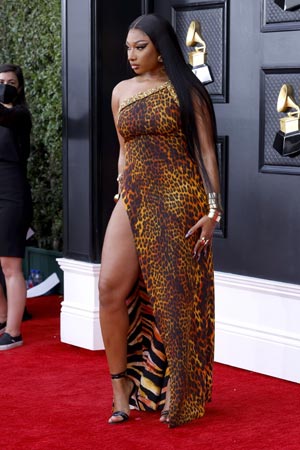 The moment was rehashed at the Grammys, and the singer and the rapper also roped in Donatella Versace for the gag. While presenting the award for best new artiste, they looked surprised watching the other in the exact same black Versace safety pin dress.

While Megan accused Lipa of stealing her look, the latter, who also wore elbow-length latex gloves, replied, “I was told I had the exclusive.” “I’m going to have to have a talk with Donatella,” she added. The designer, who was in the audience, hopped on stage to sort out the situation. She ripped off pieces of clothing from their attire, giving them both unique looks.

“Now we both look like winners,” Megan declared, nodding to the iconic 1998 moment.