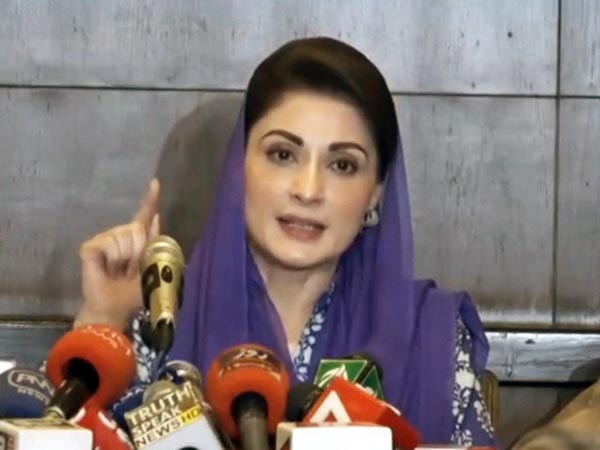 The Pakistan Muslim League-Nawaz (PML-N) Vice-President Maryam Nawaz on Tuesday claimed that the “threat letter”, termed by Prime Minister Imran Khan as evidence of ‘foreign conspiracy’ against his government, was drafted by the Ministry of Foreign Affairs officials.

“The letter was drafted in the Ministry of Foreign Affairs Pakistan’s ambassador to the US was abruptly transferred to Brussels a day before he (PM Imran) showed letter to the public,” Maryam said while addressing a press conference in Lahore.

Maryam said Imran Khan used the platform of the National Security Committee (NSC) for political gains and misconstrued its communiqué.

“There is no mention of foreign conspiracy in the NSC official statement Ministry of Foreign Affairs officials drafted this letter which was termed a diplomatic cable,” she said.

While terming the letter ‘fake’, Maryam asked Imran Khan to show it to public and also submit to the apex court.

“This is National Security Committee not Imran Bachao Committee,” she said while demanding the security agencies to clarify their position on the matter.

“The main player of this ‘letter-gate’ should be brought to Supreme Court,” she added.

Maryam maintained that the premier is not showing the letter to anyone because there is nothing in the letter that he claimed.

Responding to Imran Khan’s allegations, Maryam said opposition leaders’ meetings with foreign diplomats is a routine matter and there is nothing unusual about them.

Speaking about the first lady’s close friend, Farah Khan, Maryam said she fled the country in “burqa” with the “help” of PM Imran following the dissolution of the federal cabinet.

“Farah is front person of Banigala. Make no mistake Farah was real chief minister of Punjab… all secrets will be unveiled before the nation soon,” she said, accusing Farah Bibi of taking bribe for the transfers and postings of the officials in Punjab.

She said the PTI government dissolved the National Assembly because they knew that if any opposition party came into power it will hold them accountable for mega corruption scandals. She said PM Imran and his aides committed ‘high treason’ by dissolving the Lower House of Parliament.