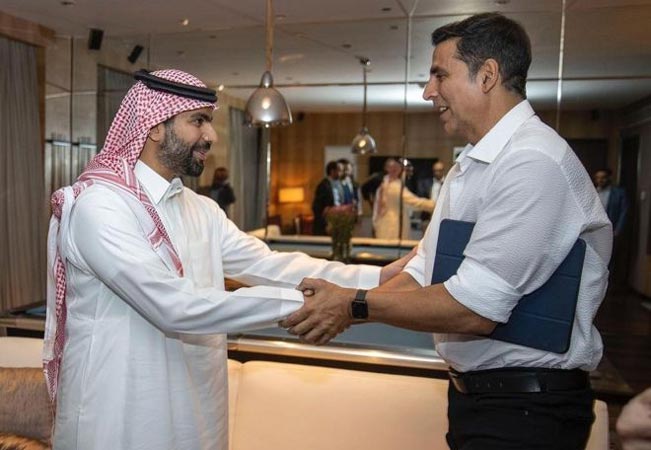 The pictures were shared on the micro blogging social media application Twitter. The actors were tagged in the pictures. In the caption, he wrote that the objectives were to collaborate for exploring “partnership opportunities”.

It is pertinent to mention that the Dilwale Dulhaniya Le Jaayenge star is busy promoting his upcoming action film Pathaan, which is set to release in January next year. Meanwhile, Bajrangi Bhaijaan actor’s next project is Tiger 3, which is expected for April 2023 release.

As far as the Gabbar is Back is concerned, he was recently seen in the action-comedy Bachchan Paandey. His upcoming projects are Prithviraj, Raksha Bandhan, Ram Setu and Selfiee among others.

The Race star has worked in Vikram Vedha, which also starred Hrithik Roshan.