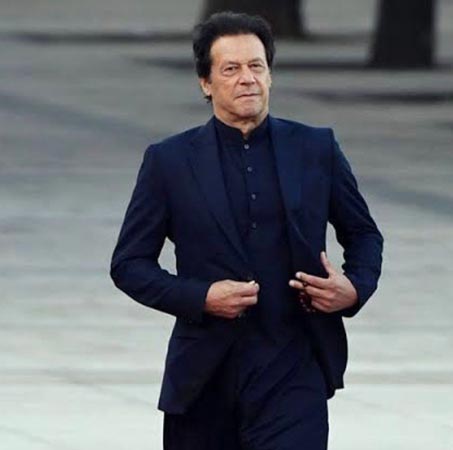 Pakistani celebrities are sharing their two cents on a rather eventful day in the history of Pakistan politics. The day started off with deputy speaker national assembly rejecting the vote of no-confidence motion against Prime Minister Imran Khan followed by a bombshell speech by the PM himself, sharing his plans of dissolving the national assembly and conducting early elections.

With a series of ‘surprises’ that later came, Pakistani celebrities were quick to react to the ongoing political conundrum in the country.

Feroze Khan was amongst the first to react to the news.

Taking to his Instagram, the Khuda Aur Muhabbat actor wrote, “Imran Khan is one heck of politician love how everyone turned their back on him and then he had the triumph. Allah alone is enough as a protector and help.”

Actor Shaan Shahid also extended his support in a tweet, writing: “And they thought you were a cricketer you are the best political mind of today @ImranKhanPTI what an .in wing 3 wickets with 1 ball.”

Sana Javed and Zara Noor Abbas also turned to the photo-sharing app to root for the premier.