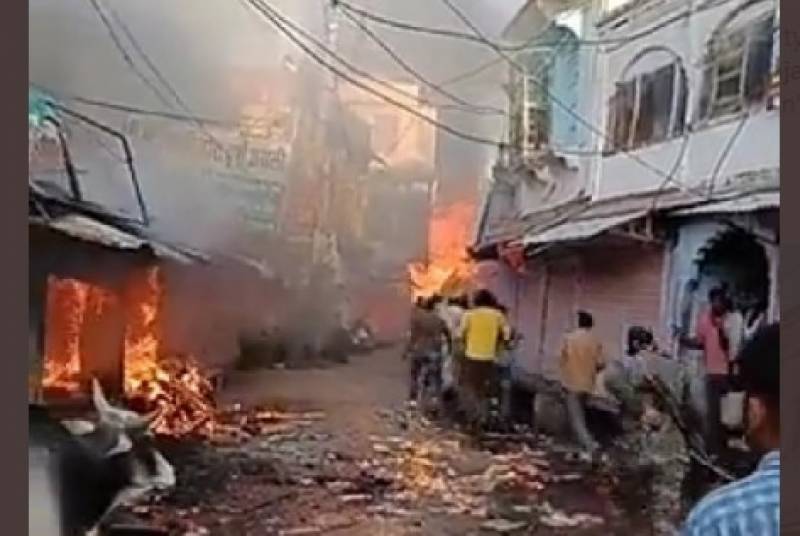 KARAULI: Hindutva terrorists set houses and other belongings of Muslims on fire in Karauli city in the Indian state of Rajasthan.

Anti-Muslim violence broke out after Hindu groups took out a bike rally in the name of celebrating the Hindu New Year in a Muslim locality in Karauli city and raised provoking slogans. In a rally Hindutva songs inciting violence against Muslims were also played on speakers.

Moreover, the participants of the rally pelted stones on the houses in the locality, later burning the shops and vehicles of the residents to the ground.

According to the police, as many as 40 people have been injured in the clashes, prompting authorities to clamp a curfew, suspend the internet and deploy 600 police personnel.

Officials said 600 policemen, including 50 officers of the ranks of deputy superintendent of police and inspector, have been deployed and three IPS officers have been sent from Jaipur to Karauli.