Asad Qaiser was not in favour of ruling under Article 5 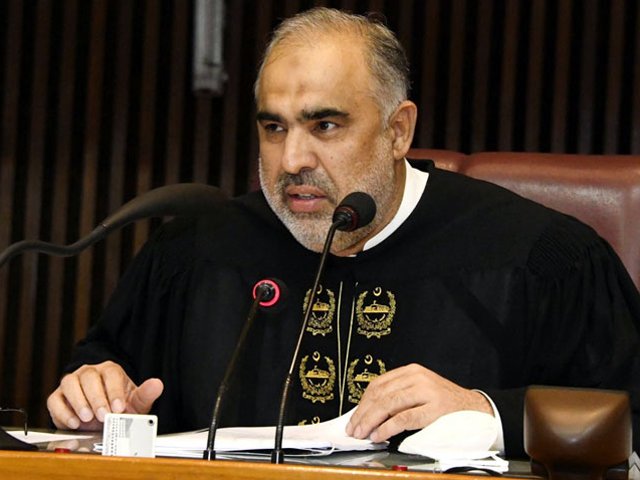 The reason National Assembly (NA) Speaker Asad Qaiser did not preside over the assembly’s session on April 3, during which the opposition’s no-trust motion was to be voted on, was that he was opposed to the speaker’s ruling under Article 5 of the Constitution.

According to the channel’s sources, Asad had even expressed his concerns to the Pakistan Tehreek-i-(PTI) Insaf’s top leadership.

They also revealed that, despite attempts by Prime Minister Imran Khan’s legal team to persuade him, he remained adamant and maintained his position.

And the reason he chose not to make his disagreements with the ruling party’s leadership public was that he believed the matter was still pending and that it would be prudent to refrain from commenting.