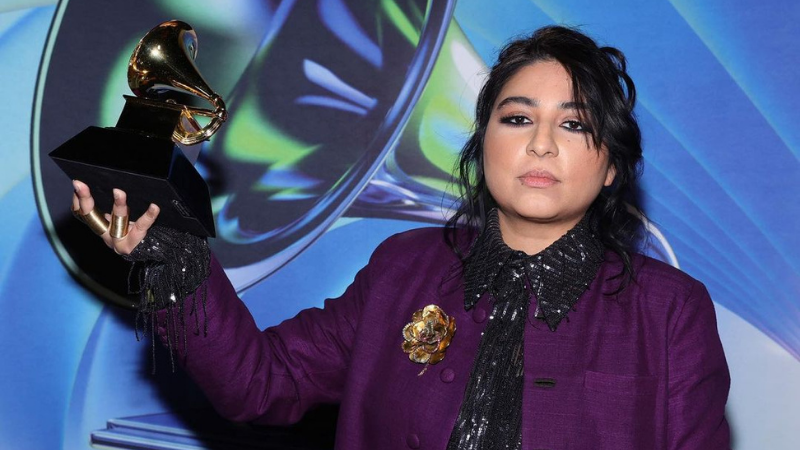 Arooj won the award for her song ‘Mohabbat’ in the Best Global Performance category at the 2022 #GRAMMYs.

The Brooklyn-based Pakistani singer  who has lived in New York for around 15 years has been consistently acquiring worldwide consideration for her work that wires old Sufi practices with affectations of society, jazz and moderation.

Aftab is the very first Pakistani lady to win a GRAMMY and is additionally designated for Best New Artist, a tweet read on the official Twitter account of Grammys.

“I am beyond thrilled,” the artist told journalists backstage at the pre-gala ceremony, at which the vast majority of awards are handed out. “It feels great.”

“I’ve been very nervous all day. And we’re off to a good start.”

However,  Aftab moved to the US in 2005 to study music at the Berklee College of Music. She released her first album ‘Bird Under Water’ in 2014.

Truth be told, her track ‘Mohabbat’ likewise  made its way to former US President Barack Obama’s annual summer playlist.

All in all and so without a doubt, this success really be extraordinary for Pakistan as Arooj is the primary Pakistani lady to get this renowned honour.