‘City of the future’ emerging south of Beijing 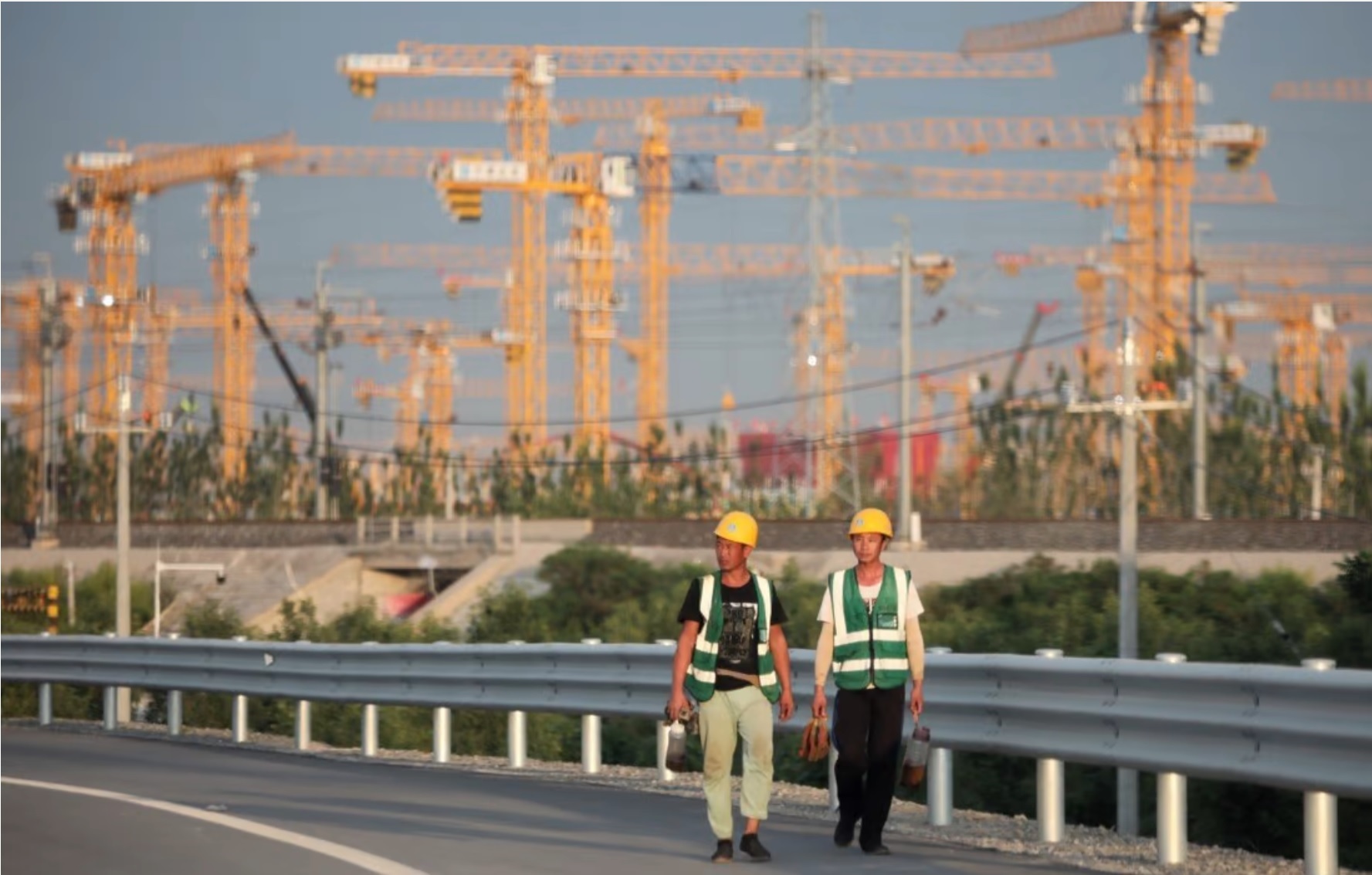 About 100 km south of Beijing, a ‘city of the future’ is emerging with great potential five years after China announced plans to set up the Xiong’an New Area.

A key move to advance the coordinated development of the Beijing-Tianjin-Hebei region, Xiong’an has been designed as a major recipient of functions relieved from Beijing that are nonessential to its role as China’s capital and to explore a new model of development in densely populated areas.

Under the guidance of President Xi Jinping, who has personally engaged in making decisions and arrangements and advanced progress in the new area, the development of Xiong’an is in full swing toward high-quality development.

Efforts should be made to create “Xiong’an quality” and make it a national model for high-quality development, Xi, also general secretary of the Communist Party of China Central Committee, has said.

The country has pledged to build Xiong’an, located in north China’s Hebei Province, into an innovative, green, smart and world-class city with blue skies, fresh air and clean water.

For a city whose establishment will carry “lasting importance for the millennium to come,” as central authorities have stressed, sound planning has been a priority in its development.

Xi attaches great importance to the planning of Xiong’an. He has given directions on the guiding concepts, key stages and major issues of the planning.

“Every inch of land should be clearly planned before construction,” Xi has said on the development of Xiong’an. He urged meticulous efforts to advance the development to “avoid leaving historical regrets.”

To lay a solid foundation for high-quality development, more than 200 teams from China and abroad have participated in drafting the blueprint of the new area.

China unveiled the master plan for Xiong’an New Area in April 2018. Now the blueprint is gradually turning into a tangible reality.

An intercity railway linking Xiong’an and Beijing opened to traffic in December 2020, slashing the travel time between the two places from one and a half hours to about 50 minutes. So far, major roads to the city, main streets in the city and the urban water system have taken shape.

Meanwhile, municipal infrastructure related to water, electricity, gas, heating and internet access in the area is being built in a systemic underground project, with integrated planning, design, construction and management.

Digital technology makes it possible to turn plans into reality efficiently. A digital management platform shows a model for each building constructed in Xiong’an.

Progress is accelerating to move companies and public services to the new area. Centrally administered state-owned enterprises, including China Satellite Network Group and China Huaneng Group, will soon start the construction of their headquarters. Locations have been decided for a group of colleges and hospitals from Beijing that will build branches or be relocated in the new area.

This is part of the innovative future Xiong’an is pursuing.

To spur innovation, a raft of institutional reforms have been made, including new mechanisms to improve fund-raising for construction, ensure housing supply and make it easier to start businesses in Xiong’an.

So far, more than 3,000 enterprises have been registered in Xiong’an, with 80 percent of these being sci-tech enterprises from Beijing.

Green development is also an indispensable part of the city’s future. In line with Xi’s instruction of “giving priority to ecological protection and pursuing green development,” efforts in the past five years have led to significant improvement in the environment of Xiong’an.

The local Baiyangdian Lake, the largest wetland ecosystem in northern China, has undergone the largest-scale systemic ecological restoration ever. Its water quality has seen a leaping improvement, while the latest data show that there are 230 species of birds in the lake area, 24 more than the amount before the establishment of Xiong’an.

About 30,000 hectares of afforestation have been carried out in Xiong’an since November 2017, increasing its forest coverage rate from 11 percent to 32 percent.

According to the urban planning outline, citizens of Xiong’an will be able to find greenery anywhere in the city and visit a park within 300 meters of their homes.

While inspecting Xiong’an in 2019, Xi was delighted to see saplings planted in a forestry zone.

“Let them take the time to grow together with the Xiong’an New Area,” he said, noting that a good ecological environment is an important part of the value and appeal of the new area.