SC not empowered to give judgment on speaker’s ruling: Fawad 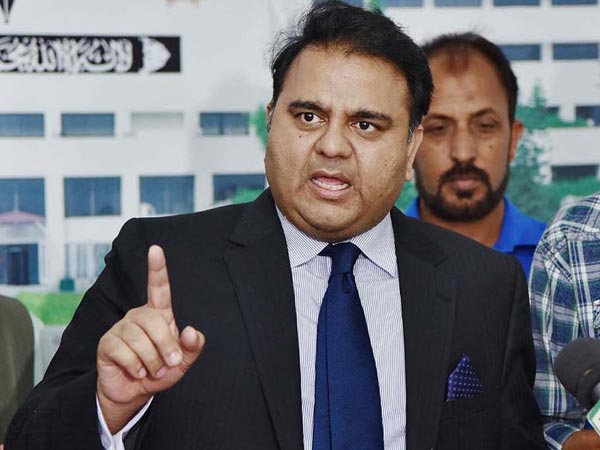 Pakistan Tehreek-e-Insaf (PTI) leader Chaudhry Fawad Hussain said on Sunday that under Article 69, the Supreme Court did not have the jurisdiction to give a judgment on the ruling of Parliament, as it was the constitutional power of the Speaker to give the ruling.

Talking to media outside the Supreme Court, he said that PTI lawyers and legal team will also reach the court on Monday to put forward their point of view. The Speaker National Assembly has given detailed reasons regarding Article 5 in his detailed ruling, said Chaudhry Fawad.

He said that for the first time, it was witnessed that the government was celebrating and the Opposition was worried over dissolution of the National Assembly and the decision to hold fresh elections.

Political parties, he said were never afraid of going to the people and the government has decided to go the people for a fresh mandate. “Political decisions are made by the people, not by the courts. People have the right to make these decisions,” said Chaudhry Fawad.

Fawad said that the PTI under the leadership of Imran Khan, was challenging the Opposition to face it in the elections to be held in 90 days. He said that 220 million people of Pakistan would decide who should rule the country for next five years.

Chaudhry revealed that the president had dissolved the NA on the prime minister’s advice and within 90 days elections would be held. Within two to three days, he said, a letter would be sent to “former leader of Opposition Shehbaz Sharif”, seeking “their names for the interim government”.

Responding to a question, he added that the army had no relevance with the current situation. “This matter relates to parliament,” he said.

Earlier in the day, Deputy Speaker Qasim Suri dismissed the no-confidence motion citing Article 5-A. In his address, PM Imran congratulated the nation on the development citing that the opposition was moved by a ‘foreign-funded conspiracy’ and the speaker had thwarted the “attempt of changing the regime and the foreign conspiracy”. Imran told the nation to prepare for early elections. “No foreign power or corrupt elements, but only you have to decide for this country,” he said while addressing the nation. Imran said that after the dissolution of the assemblies, the process for a caretaker government will commence now.