Shawn Mendes Reveals how Camila feels about his breakup song

* 'Camila heard this song months ago, so we have a really honest relationship,' Mendes exclusively told E! News' Erin Lim on the April 1 episode of Daily Pop 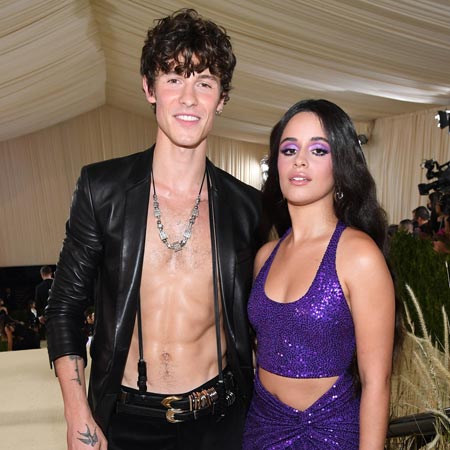 Shawn Mendes is not in the game to musically shame his ex. The singer’s latest hit “When You’re Gone” not so subtly referenced his very public breakup with pop star Camila Cabello, but fans may be surprised to hear that she got a sneak peek of the track before its release.

“Camila heard this song months ago, so we have a really honest relationship,” Mendes exclusively told E! News’ Erin Lim on the April 1 episode of Daily Pop. “I would never really put a song out about her before she would hear it.”

Heartbreak is a big inspiration for many musicians, something both he and Cabello understand when it comes to songwriting.

“She knows me and I know her and ultimately, we both are writers and we both know what it is to make music and what the bigger picture of making art is,” he shared. “We’re supportive of that, always.”

The pair called it quits back in November 2021 and like his song lyrics, Mendes had to “learn how to cope without” Cabello in his own way.

“You’ve got to give yourself a lot of grace to kind of be a little bit of a mess, and that’s okay,” he explained of his post-breakup status. “And then, you have to look around at the people who are there and not the people who aren’t.”? Now, the singer is throwing all his energy into his upcoming Wonder World Tour, which kicks off this summer.?”You can only prepare yourself so much and then you have to just start playing shows because it’s wild,” he shared.

“I think there’s no feeling in the world that feels like stepping in front of 10 thousand people and playing a show.”?Preparing to spend months on the road, Mendes is excited to be “bringing the besties” with him on tour this time around.?”You’re on the road for almost two years, so you gotta have some people you really like and really feel good around,” he said. “Otherwise, it’s not gonna work.”

As for that thirst-trap TikTok he used to promote his new single, Mendes joked that moonwalking shirtless and singing his music around the house is not unusual behavior for him. “It’s unusual that that gets caught on camera,” he said with a smile.