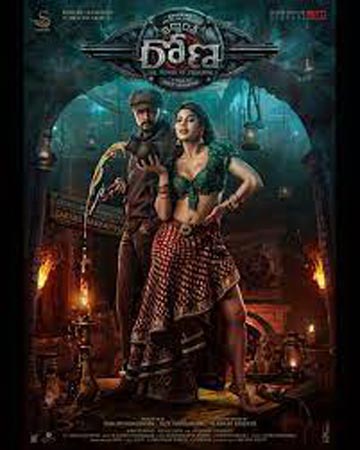 Kichcha Sudeepa’s most anticipated film ‘Vikrant Rona’ teaser has been unveiled and viewers around the globe are high on appreciation for the same.

It was only yesterday when some of the biggest pan-India stars like Salman Khan, Chiranjeevi, Mohanlal and Simbu announced the release date teaser of the 3D fantasy ‘Vikrant Rona’, and today the internet has been gushing about the teaser.

The teaser has been hailed for the filmmaker’s marvelous use of VFX, BGM, and action sequences to perfection.

Several South Asian superstars including Rakshit Shetty, Mohanlal, and Chiranjeevi have jumped into the conversation praising the visionary teaser of ‘Vikrant Rona’ and Kichcha Sudeep’s remarkable performance in it.

The pan world 3D film will release in five languages including Kannada, Tamil, Telugu, Malayalam and Hindi and is also expected to release in Arabic, German, Russian, Mandarin, English, etc.