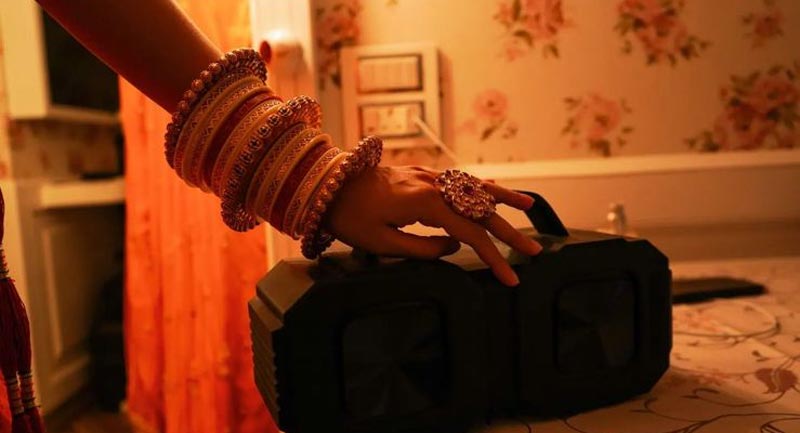 Ethereally gorgeous Manushi Chhillar is getting one of the biggest debuts in the history of Bollywood as she is paired opposite superstar Akshay Kumar in the much-anticipated Yash Raj Films’ historical Prithviraj.

The former Miss World shared an unseen BTS image from the film’s sets to remind fans and audiences that it’s two months to the release of the big screen spectacle. Manushi captioned the image saying, “Getting my Sanyogita groove on! #2MonthsToPrithviraj #Prithviraj3rdJune #YRF50 @akshaykumar #DrChandraprakashDwivedi @yrf”.

In the image, Manushi shares a glimpse of her Sanyogita look as her left hand is seen bejewelled with exquisite ornaments from the Prithviraj era. She is seen getting into the mood of the shoot as she listens to her favourite music in her vanity van. Yash Raj Films’ Prithviraj is based on the life and valour of the fearless and mighty King Prithviraj Chauhan. Superstar Akshay Kumar is essaying the role of the legendary warrior who fought valiantly against the merciless invader Muhammad of Ghor. The film will now release worldwide on June 3, 2022 in Hindi, Tamil and Telugu and in IMAX!

Manushi’s launch in Bollywood is definitely one of the most awaited debuts of 2022. Prithviraj is being directed by Dr. Chandraprakash Dwivedi who directed the biggest television epic Chanakya – based on the life and times of the most influential political strategist of India and the multiple award-winning movie Pinjar.