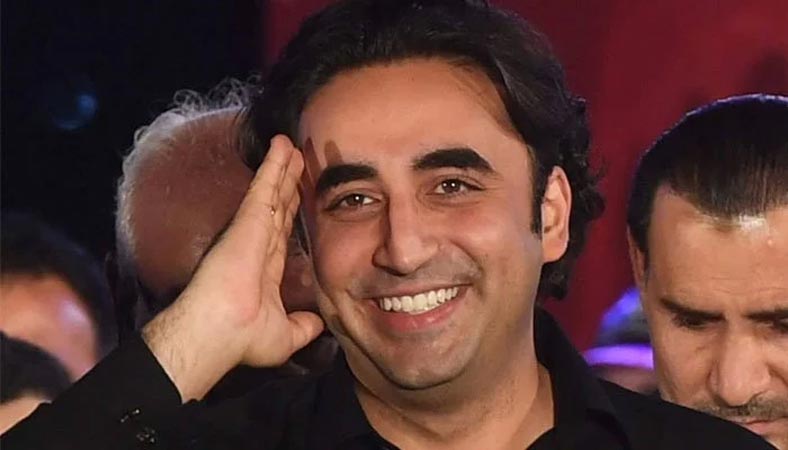 PPP Chairperson Bilawal Bhutto Zardari Sunday said Prime Minister Imran Khan would be dealt with under Article 6 of the Constitution as “the prime minister, speaker, deputy speaker, president, and anybody involved in this act have committed high treason”.

“There is no space in our Constitution for them to dissolve the assembly, issue a notification to dissolve the assembly while we bring a vote of no-confidence against the PM,” he said while speaking to a news channel. “There is no space in the Constitution for them to not hold the vote of no-confidence today. There is no space in the constitution, rules of the National Assembly, democracy and law that allows them to run from the session today.” “We are recording our protest in the Parliament. We have demanded of the Supreme Court of Pakistan and all those institutions responsible for the protection and implementation of the Constitution to do so and accept our no-confidence that is legal,” said the PPP chief. Referring to Ayaz Sadiq taking the chair of the speaker, the PPP chairperson said, “It was their own decision to have Ayaz Sadiq on the panel of the chair. Following the policy of the House, Ayaz Sadiq has chaired the session of the National Assembly. When the Speaker is not present, neither is the deputy Speaker, it is the responsibility of the one nominated on the panel to conduct the session. The vote of no-confidence took place and we secured 195 votes.” Bilawal hoped that the judiciary will not let any unconstitutional act take place and added that the opposition hoped the Supreme Court would “correct” the attack on the Constitution.

“The PM has committed treason to run from the no-confidence. We have proved that the majority is with us. We will not let Pakistan be run on the rule of the jungle.” “The prime minister and the speaker are not even aware of how grave the act they have committed is,” he said, adding that Raza Rabbani, Farooq Naek, Nayyer Hussain Bukhari along with others were preparing a petition.

“It is not possible for the Supreme Court to not stand with us. It is bound to stand with and defend the Constitution,” he added.

“Imran Khan is trying to become a carbon copy of Shaheed Zulfikar Ali Bhutto. It is ridiculous. Shaheed Zulfikar Ali Bhutto never abrogated the Constitution,” he said, adding, “We were the ones who drafted it. He did not abrogate the Constitution even to save his life. He said that he would not expose national secrets even if it meant that he would lose his life. This is nationalism and patriotism.”

Bialwal said, “Do the Pakistani people want for things to take place according to the constitution or a person’s ego? Pakistan has become a banana republic before the world today. We will not let Imran succeed in this conspiracy.”