* In most dramas, stories usually revolve around women who are married, face domestic abuse at the hands of their in-laws 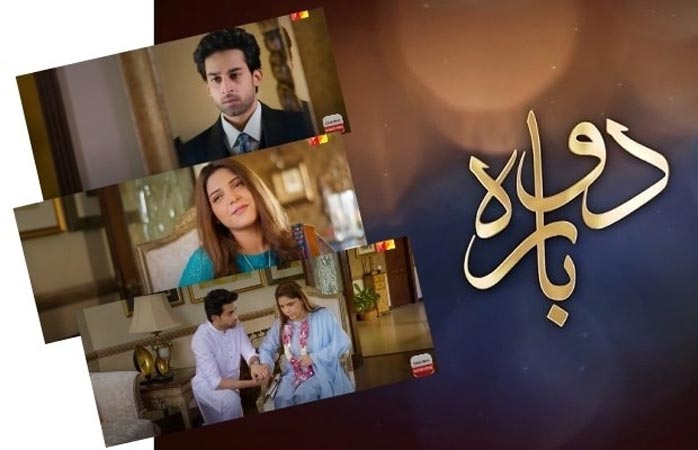 Hadiqa Kiani and Bilal Abbas Khan’s drama serial Dobara came like a breath of fresh air at a time when the screens were dominated by storylines marinated in the same old problematic and stereotypical narratives.

But now it looks like Dobara, initially earning accolades for its progressive story, may be going down the same path.

In most dramas, stories usually revolve around women who are married, face domestic abuse at the hands of their in-laws and then, due to misunderstandings created incessantly by those surrounding the couple, end up being mistreated by their husbands and eventually divorced. They don’t mind going back to the same person in the end when things turn hunky-dory.

But ‘Dobara’ stood out from the very day of its premiere. It was different, it had fresh pairings and, most importantly, a story many people found both progressive and challenging for Pakistani television. Dobara features Hadiqa Kiani as a widow who truly discovers herself after the death of her husband, who always controlled her, or through abuse or violence, but by forcing her to live her life the way he chose.

Married at a very young age to a man many years older than her, Mehru has no choice but to submit, and she gradually loses herself in the process. But once her husband is dead, she takes charge and begins her life with a charming young man Mahir who values her aspirations and wins her over, much to her children’s dismay. But Mehru will not let anyone dictate to her how she should lead her life, not even her children.

Dobara has been racking up high ratings and views on YouTube, proving that different and unique content can do wonders too. But its latest episode has left a number of viewers disappointed, who didn’t want Dobara to join the list of dramas that have played around with series issues to drive the plot.

In episode 23, Mehru’s daughter-in-law Sahar wrongly accuses Mahir of sexual harassment to have him evicted from the house. This turn has resulted in indignation on social media, with many people arguing that in a society where women face opposition, threat and hatred for speaking out against harassment, dramas with such plots only exacerbate things by fostering a sense of indifference and hostility towards the victims.

Dobara is written by Sarwat Nazir and produced by Momina Duraid. It airs on HUM TV every Wednesday.