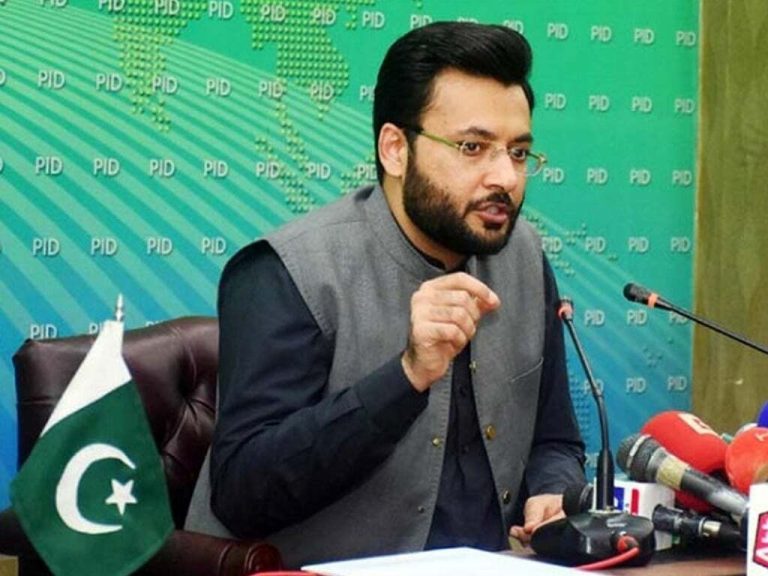 ISLAMABAD: Minister of State for Information and Broadcasting Farrukh Habib said on Saturday that the press clubs play a pivotal role in the affairs of journalists.

Addressing  the launching ceremony of establishment of digital studios of press clubs here at National Press Club, he said the PTI  government was promoting the digitisation process in the country.

Secretary Ministry of Information and Broadcasting Shahera Shahid, MD PTV Amir Manzoor, officials of  the ministry and office bearers of various press clubs of the country attended the ceremony.

He welcomed office bearers of press clubs across the country in the federal capital.

He said that millions of rupees were required for launching a news channel or newspaper but digital media was an easier and less costly option.”We are working for the development and promotion of digital media in line with the changing circumstances”,  said the minister.

Farrukh Habib said the PTI govt had allocated 2 percent of PSDP for promotion of  the projects.

Moreover, he added, the PTI government has ensured timely payment of  dues of all advertisements issued during its tenure. The minister said that now digital platforms were working, smart-phones were mobile banks, TV and newspapers in themselves.

He said that the APP has been digitised, the PTV has become a profit earning entity and it  achieved the target of 4 billion profit. The Ministry of Information and Broadcasting, he said, had highlighted the narrative of the state in a better manner.

He said the government would continue to work for the welfare of the journalist community.

“All stakeholders, including media owners, were consulted to make existing media laws more effective”, the Minister of State said.

He lauded the role of the media  in promoting democracy and democratic norms in Pakistan. A foreign power has hatched a conspiracy to change Pakistan, the Minister said adding how can any external power interfere in Pakistan’s internal affairs.

“When we said ‘ Absolutely Not’, we knew the consequences,” he remarked.

Those who were in the forefront of the no-confidence motion in the past  did not raise their voice against drone attacks.

Secretary Information Shahera Shahid said that it was the responsibility of the  Ministry of Information  to provide facilities to press clubs. She said the  purpose of providing digital studios to the press clubs was to adapt to the changing times.

She said that the independent journalist wanted to do his or her own vlog which should also monetize. She said that training would also be ensured at the level of press clubs with regard to digital studios.

He said that for the first time digital media advertisements have also been included in the advertising policy.