Pakistan wishes to strengthen ties with US but not at cost of others: COAS Gen Bajwa 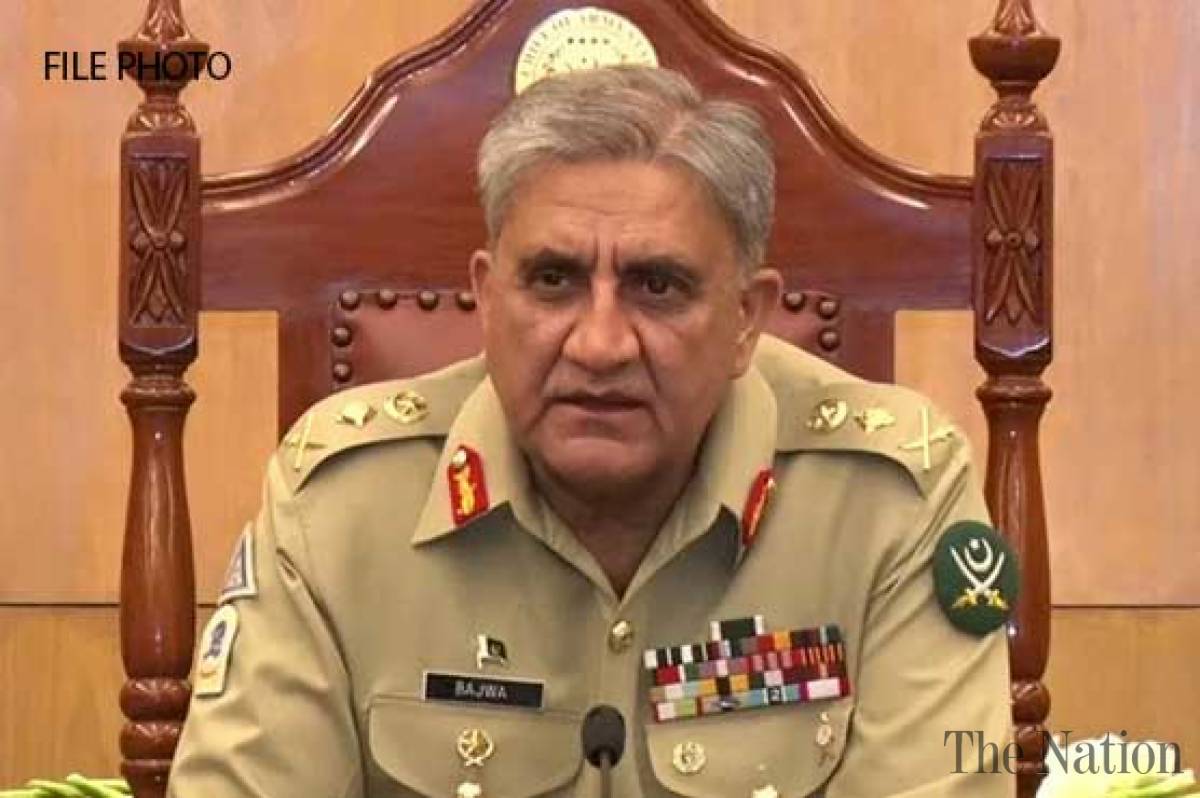 Chief of Army Staff General Qamar Javed Bajwa Saturday said that Pakistan wishes to strengthen its ties with the US but is not ready to risk its bilateral relations with other countries.

The army chief stated in an address to the Islamabad Security Dialogue that Pakistan does not believe in camp politics and that its bilateral relationships with allies do not come at the expense of relations with other countries.

He further said that Islamabad enjoys a close relationship with Beijing demonstrated by the country’s commitment to China-Pakistan Economic Corridor (CPEC).

Pakistan equally shares a “long history of excellent and strategic relationship” with the United States, which remains our largest export market, he added.

“We seek to broaden and expand our ties with both countries without impacting our relations with the other,” he said.

It is worth mentioning that the two-day dialogue brought together Pakistani and international policy experts to discuss emerging challenges in international security under the theme “Comprehensive Security: Reimagining International Cooperation”.

The Islamabad Security Dialogue is hosting 17 international speakers from the United States, China, the United Kingdom, Russia, European Union, Japan, the Philippines and others.

Acknowledging the efforts of the National Security Division for organising the second security dialogue, COAS Gen Bajwa said: “I believe today more than ever we need to inculcate and promote such spaces for intellectual debate and discourse where people from around the world come together to share their ideas about the future of their country and world at large.”

He was of the view that the spaces like this hold special importance where great individuals can identify the need for global cooperation rather than confrontation.

Regarding the unprecedented challenges faced around the world, he said that the resurgence of inter-state conflicts amid shared global challenges of poverty, climate change, terrorism, cyber intrusion and scarcity of resources poses profound questions for the international system.

“The international community’s collective security rests in our ability to integrate our shared goals of global prosperity to an equitable international system resisting the external pressures.

“Pakistan, as a country located at the crossroads of economic and strategic confronts, is navigating these shared challenges in our immediate region and through our partnership in the international community,” he said.

The chief of army staff further added that Pakistan’s first-ever National Security Policy places the safety, security, dignity and prosperity of its citizens at the heart of our security policy.

Referring to National Security he said,“It recognises the symbiotic relationship between the economic, human and traditional security, placing economic security at the core,” he said.

Gen Bajwa further went on to say that the policy’s ultimate aim is to achieve prosperity for Pakistan’s citizens and it focuses on ensuring domestic economic stability and growth augmented through development partnership with the international community under our geo-economic strategy.

COAS mentioned that in order to achieve this required peace at home and abroad, Pakistan’s security forces given innumerable sacrifices to defeat terrorism. He highlighted that since 2001 Pakistan has suffered over 90,000 causalities and more than Rs150 billion in economic losses.

“Our commitment to defeat terrorism remains unwavering,” he reiterated, adding that with the help of security and law enforcement agencies, the country has made remarkable gains against terrorism which has resulted in a remarkable improvement in the internal security situation of the country.

COAS Gen Bajwa, however, added that the threat of terrorism and violent extremism remains and the struggle will continue till “we eliminate the last terrorist and cause of terrorism from our region.”

He said: “We are committed to preserving our gains against terrorism and are working with the interim Afghan government and other neighbours to ensure that terrorist organisations are no longer allowed to use the territory of one county against another.”

“A peaceful and prosperous west and South Asia is our goal,” he said, adding that Pakistan’s National Security Policy focuses on the promotion of national security cohesion and harmony through the precepts of unity and diversity.

“Our focus remains on the elimination of intolerance and extremism by celebrating the diversity of our country. I fully realise that it is a huge challenge but we are committed and we will not relent till we make Pakistan a moderate and forward-looking country as envisioned by our founding father Quaid-e-Azam Mohammad Ali Jinnah,” he said.

Recognising the fact that it is the regions and not countries that grow, the COAS said: “We believe that peace and stability in our wider region are pre-requisites for achieving shared regional prosperity and development.”

“In this regard, our doors are open for all our neighbours,” he said.