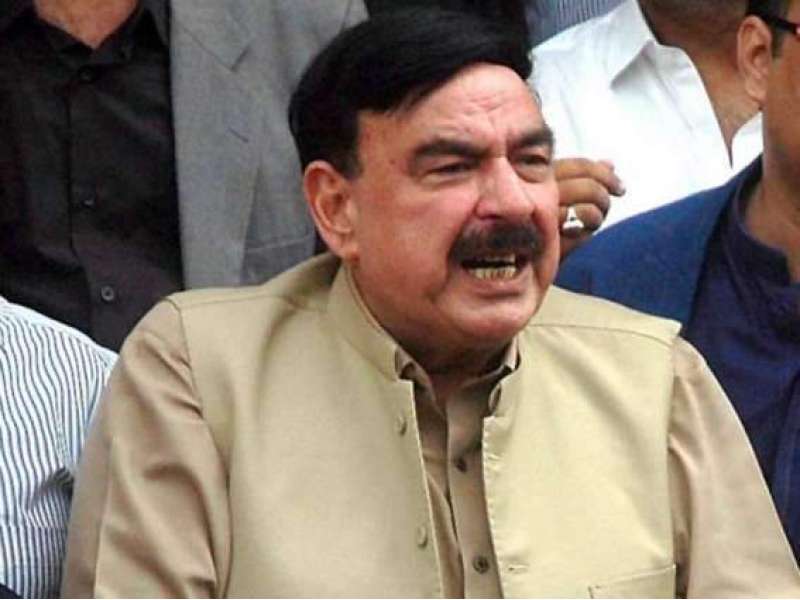 Interior Minister Sheikh Rasheed called on the country’s ‘establishment’ here on Saturday to step in and pave the path for new polls, stressing that immediate elections were required.

He told a press conference in Islamabad that he intended to alert the ‘establishment’ that things were spiraling out of hand and that the fight between the ruling PTI and opposition parties was no longer restricted to the corridors of power.

“Another way out of the present political crisis is that PTI MNAs resign from their seats,” he suggested.

He demanded a ban on the political parties whose no-confidence motion against the government was funded from abroad.

He also announced a ‘political battle’ against the opposition parties. “I will appear on a news channel as a talk show host after Eidul Fitr,” he told media.

The interior minister was of the view that under article 94 of the constitution, Prime Minister Imran Khan would remain in the office until and unless a new leader of the House was elected in the event of passage of no-trust motion in the National Assembly.

Earlier, the minister addressed a ceremony to celebrate the elevation of Viqar-un-Nisa College for Women as university, the minister said through fair and transparent elections, the people should get an opportunity to reject those who had looted the national kitty. He said, “The conscience sellers have got united to topple the government of Prime Minister Imran Khan so that they can continue their looting agenda.” Sheikh Rashid said that despite the high inflation rate, the opposition’s untimely irrational move had made the prime minister more popular among the public. Terming Saturday a crucial day for Pakistan’s politics, he said he was standing firm with Imran Khan.