Ahead of Attack, John Abraham’s evolution from India’s top model to desi Avenger 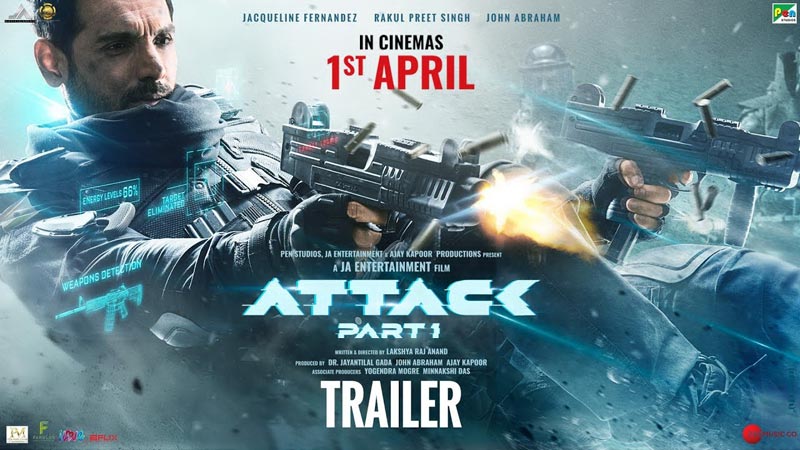 John Abraham is a one man army, out to save the nation in his latest film, Attack. Well, he was doing that in Satyameva Jayate, and Romeo Akbar Walter, and Rocky Handsome, and Force 2, and Madras Cafe too. Deja vu already? Only his fans refuse to concur. They believe he is at his best when he’s on national duty – whether as a spy or a vigilante.

Marvel might never be able to create a hybrid of Captain America and Iron Man, but trust John Abraham to try his hardest. In Attack, he’s a super-soldier (the serum is replaced by a chip), with a scientist (played by Rakul Preet) playing his very own F.R.I.D.A.Y. or J.A.R.V.I.S. Yes, there’s a chip inside him that monitors how he fights the nation’s enemies. I’d say this is technically the most enhanced plot for any of John’s films.

John had in 2016 told IANS, that the country is missing “real action heroes”. Asserting that he wants to “take action to the next level”, John said, “If you see internationally, the best action heroes are Sylvester Stallone, Bruce Willis, Arnold Schwarzenegger, The Rock. It’s not as much about the action, but it is about the attitude, and that’s what we tried to maintain in the film.” John was referring to Rocky Handsome were he played a former RAW agent and Special Frontier Force soldier.

The year 2011 was a transition for John. He had three releases with starkly different characters and genres – 7 Khoon Maaf, Force and Desi Boyz. Let’s just say he was giving fans options to choose his future course of action. From romance to action to comedy, it was but obvious that action became John’s mainstay. And if you think he cannot handle all the enemies alone, well we had three John Abrahams in Satyameva Jayate 2!

John played ACP Sanjay Kumar, inspired from DCP Sanjeev Kumar, one of the important faces of Batla House encounter in the movie with the same name. His Kabir Ahlawat in Rocky Handsome was also based on Indian spy Ravindra Kaushik. Madras Cafe was based on the Sri Lankan civil war and the assassination of former Prime Minister Rajiv Gandhi, while Parmanu told the story of India’s nuclear testing at Pokhran, all had characters taking motivation from real life. John has slowly become the obvious choice to play true heroes.

John can leave ten guys flying with a punch, lift the most impossible things, even kick the enemy on the beats of music. He is basically desi Hulk. I’m no saying this. There are memes around his action avatar, and John takes all of it in his stride. In fact, he once reposted a meme where he’s the green-skinned Hulk, another addition to the list of superheroes he is an amalgamation of. If only Marvel knew about him!

To look for extraordinary traits or uniqueness about his action characters would be a waste of time. One can simply interchange his one character with another. It is all a carbon copy in his films. But fans aren’t complaining. John has found his loyal audience base. He’s also found producers who can trust him in becoming the sole saviour for the nation, who’ll take the bullets, blow some punches and come out alive from a bomb explosion or a virus attack. Oh, did we say virus? Maybe the plot for his next film – saving the nation from a virus!