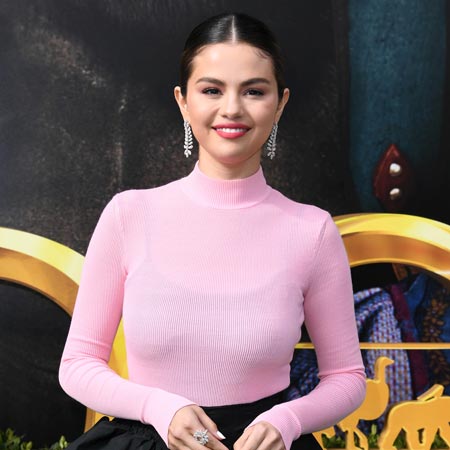 When it comes to speculation about her relationship status, Selena Gomez has heard it all before at least a million times. But instead of going round and round the rumor mill, the 29-year-old singer is setting the record straight on where she stands in her love life.

Taking to TikTok on March 31, Gomez posted a video of herself lip synching the words to King Nas’ viral audio, which features a man listing off compliments to try to convince a woman to give him a chance and the woman not taking him seriously or being interested.

“Maybe this is why I’m single,” Gomez captioned the clip. “Don’t believe a damn word.”

The “Rare” star had the internet buzzing earlier this month after she was spotted attending a Dua Lipa concert in New York with businessman Zen Matoshi. However, a source close to Gomez told E! News the two are just friends.

“He works in the tech space and has been helping advise Selena,” the insider said. “Selena is happily single right now.” This isn’t the only video Gomez has shared on TikTok recently. On March 30, she also posted a video from her last day on set filming season two of Only Murders in the Building and gave her nearly 38 million followers a peek at her new look, which includes bangs. And let’s just say, fans loved it like a love song. “SELENA WITH BANGS?” one commenter wrote.

“WE PRAYED FOR TIMES LIKE THIS.” Added another, “U are so beautiful and the bangs are so cute.”