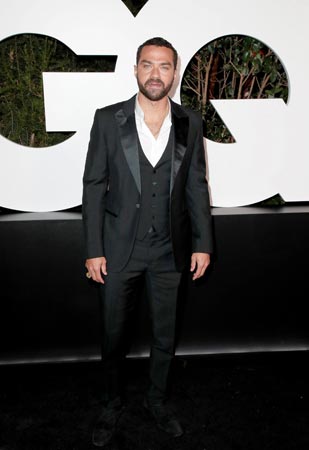 Jesse Williams wants a judge to take him out of a child support agreement that is “no longer reasonable.”

In court documents obtained by E! News on March 29, the 41-year-old actor, who was ordered to pay the determined amount to his ex-wife Aryn Drake-Lee in 2019, has filed for modification, citing his recent change in income due to his departure from Grey’s Anatomy. The former couple have two children, Sadie, 8 and Maceo, 6.? ?”I am requesting the Court reduce the child support to a reasonable amount I can afford given the significant reduction in my income and the now fluctuating nature of my income,” Williams stated in the documents. “I appeared on the television show Grey’s Anatomy (“Grey’s”), which was the primary source of income for our family throughout the marriage and for me, post-separation. I am no longer on Grey’s. My last appearance was in May 2021.”

Williams, who announced his departure from the show last year after almost 12 seasons, tied the knot with Drake-Lee in 2012. The two separated five years later and finalized their divorce in October 2020, with both being awarded joint physical custody of the kids.

“I had previously been paying child support to Aryn in the combined sum of $50,629 per month pursuant to the Court’s order for temporary child support on June 19, 2018 (and $50,695 per month in tax deductible spousal support),” Williams explained in the documents. “Child support was also based on my other sources of income which included my Grey’s residuals for shows I appeared in during the marriage, and after Aryn and I separated, as well as sporadic income from occasional smaller acting, endorsement or appearance work.”

He continued, “All of my additional sources of income were/are far less than my former episodic fees from Grey’s.”

The actor, who most recently signed on to star in Broadway’s Take Me Out, said he believed his children’s expenses don’t align with the previous agreement put in place.

“Our children’s lifestyle was/is in no way reflective of the $40,000 per month child support,” he stated. “Our children have a modest lifestyle. They do not have expensive hobbies or attend expensive camps. They do not fly by private jet when we take vacations (which are already infrequent), and we do not have any vacation homes. I agreed to the child support solely due to my then significant Grey’s income.”

Williams also went on to explain the reason behind his exit from the long-running series, sharing his desire to “grow and shape my career before the looming end of the show.” He also added that his “character and career marked over 95% of [his] acting reputation” and that “it was imperative to expand my body of work before it became too late.”

“Currently, my future income from work consists of the $1,668 per week I will be earning on Take Me Out which starts in March 2022 and ends in May/June 2022,” Williams stated. “I am actively looking for projects/appearances for when the play ends, but I have nothing booked yet.”

“Given the significant reduction in my income,” the actor continued, “the $40,000 per month child support for our two young children is no longer reasonable, appropriate or sustainable.”

E! News has reached out to Drake-Lee’s reps for comment and has not heard back.