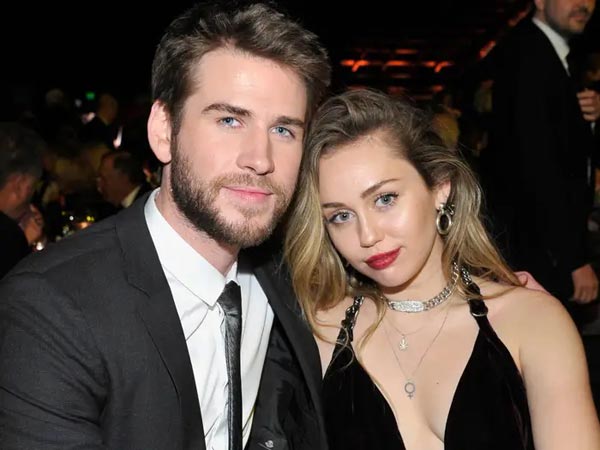 Miley Cyrus says she and Liam Hemsworth had a wrecking ball of a marriage.? ?As the “We Can’t Stop” singer headlined Lollapalooza Brazil over the weekend, she made a shocking statement about her former relationship after a fan proposed to his boyfriend on stage during her show. ? ?”Yasss!” she screamed to the happy couple on March 26 once the proposal was accepted. “Forever bitch, yasss! Congratulations! Honey, I hope your marriage goes better than mine. Mine was a f–king disaster.”? ?Miley, 29, and the Hunger Games actor, 32, dated on and off for years before tying the knot in December 2018. Liam filed for divorce from the Hannah Montana alum in August 2019. In court documents obtained by E! News, the actor cited “irreconcilable differences” as the reason behind the split.? ?A month before their divorce was finalized, Miley opened up about why their relationship didn’t last, sharing that they only got married due to the trauma of losing their Malibu home in a fire.

“We were together since 16,” she said on The Howard Stern Show in 2020. “Our house burned down. We had been like, engaged-I don’t know if we really ever thought we were actually going to get married, but when we lost our house in Malibu-which if you listen to my voice pre- and post-fire, they’re very different so that trauma really affected my voice.”

She added, “I just clung to what I had left of that house, which was me and him. And I really do and did love him very, very, very much and still do, always will.”? ?Miley also said that she and Liam had “too much conflict,” in their relationship, adding, “When I come home, I want to be anchored by someone. I don’t get off on drama or fighting.”