Hamza may be opp nominee for CM slot 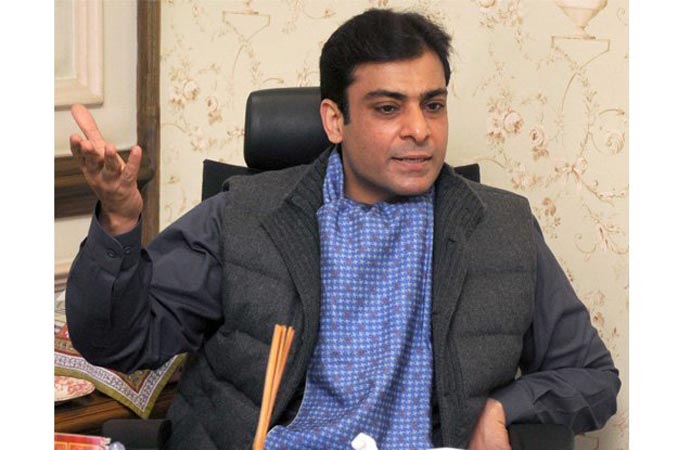 Pakistan Muslim League-Nawaz (PML-N) is mulling over to nominate Hamza Shahbaz as the joint opposition’s candidate for Punjab chief minister’s slot, a private TV channel reported. The proposal was discussed during an online meeting chaired by party supremo Nawaz Sharif where a majority of PML-N leaders supported Hamza’s candidature. The TV channel, however, claimed that the final decision on the candidature of Hamza Shahbaz will be taken after consultation with joint opposition and disgruntled members of the PTI. Pakistan Muslim League-Nawaz (PML-N) has accelerated its efforts and reached out to Ghazanfar Abbas Chheena group, another dissident faction of PTI in Punjab. The TV channel reported that the PML-N delegation contacted estranged PTI MPA Ghazanfar Abbas Cheena and sought his support for joint opposition candidate for Punjab CM slot. Matters pertaining to other political developments in Centre also came under discussion during the conversation. They said that Ghazanfar Abbas Cheena has sought time from PML-N leadership for consultation with other like-minded lawmakers over the Punjab Chief Minister election. On the other hand, Pervaiz Elahi, the ruling PTI’s candidate for the chief minister’s slot, is not only trying to get Tareen group by his side, but is also using his clout to ‘poach’ PML-N MPAs.