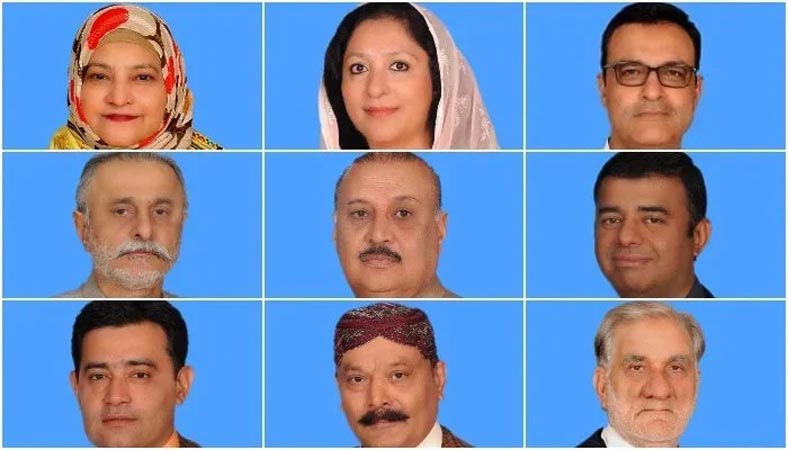 Prime Minister Imran Khan, who is also the chairman of the ruling PTI, has issued directives to file a reference to National Assembly Speaker Asad Qaiser against the dissident party lawmakers.

A statement was issued after a meeting between the Adviser to Prime Minister on Parliamentary Affairs Babar Awan and PTI Additional Secretary-General MNA Amir Kayani.

“On the directives of Prime Minister and Chairman PTI Imran Khan, references have been finalised against the dissident MNAs of the party,” said a statement issued after the meeting.

The statement added that the reference will also contain “documented evidence” against the PTI’s dissident MNAs and that PM Imran has rejected the dissident MNA’s response to the show-cause notice, terming them “unsatisfactory”.

The Constitution imposes a basic condition of honesty and trust on the members of the Parliament, he added.

“MNA’s involved in horse trading openly deviated from party chief’s instructions,” said Awan, adding that the references will be sent to the NA speaker soon for legal action against the disgruntled PTI MNAs.

On March 19, the ruling PTI had issued show-cause notices to the 14 dissident lawmakers for allegedly allying with the Opposition in the no-trust motion against PM Imran Khan.

The notices were served following the dissident MNAs’ decision to “seek refuge” at the Sindh House.

The dissident lawmakers were given seven days to present themselves before PM Imran Khan.

The notice had mentioned that the interviews given to the media outlets by these members show that they have left the PTI and, therefore, they are directed to present themselves before the party chairman. On March 26, thirteen dissident lawmakers responded to the show-cause notices and termed the allegations against them as baseless.

They also said that their actions are not in violation of Article 63(A) – which deals with the disqualification of parliamentarians who defect from their parties.

“We have neither left the PTI nor have we defected from the parliamentary party,” the MNAs responded in their letters, in which they also mentioned their reservations and concerns.

“Since the allegations are baseless, we thought it was best to not appear before the prime minister in person,” they added.