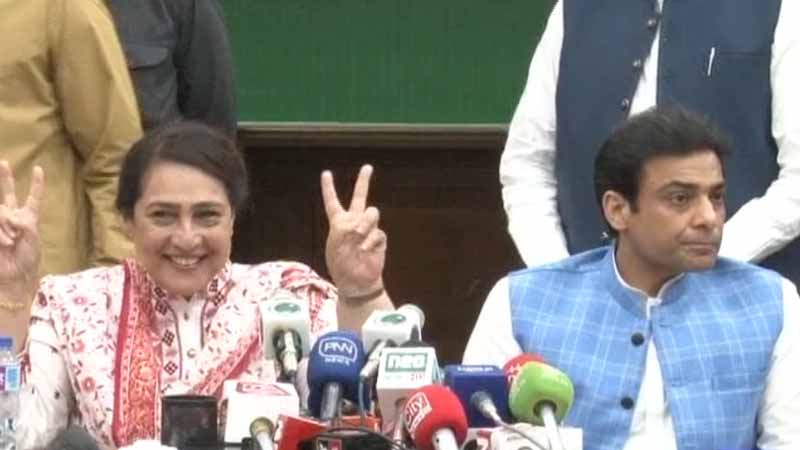 Addressing a press conference along with Leader of the Opposition in the Punjab Assembly and PML-N leader Hamza Shehbaz in Lahore, she said she was thankful to the former prime minister and PML-N supremo Nawaz Sharif and party President Shehbaz Sharif for welcoming her in the party.

She had a close association with both Nawaz and Shehbaz, and had been in touch with the party’s high-command. “PML-N president has always supported and encouraged me,” she added.

Hamza termed Jugnu’s decision to join PML-N a good sign. “I wish somebody have told Imran Khan that his slogan of ‘tsunami’ is mere destruction.”

Calling the prime minister a ‘fascist’, Hamza said Imran had given nothing to the people except inflation, unemployment and hunger.

He expressed the hope that the no-trust motion against PM Imran would be passed with a thumping majority.