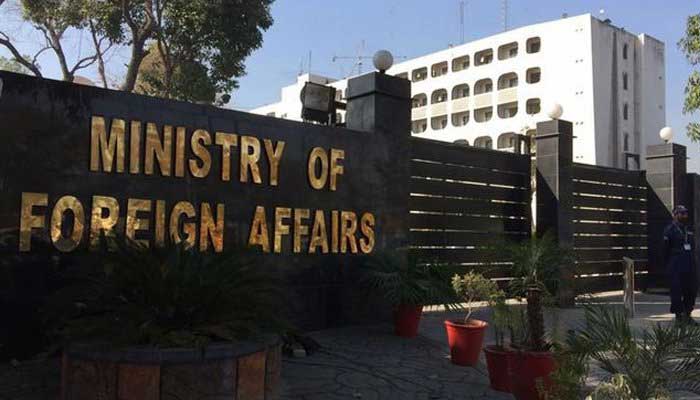 The Pakistan Foreign Office has summoned the US Chargé d’affaires to express its displeasure with the “threat letter” displayed by Prime Minister Imran Khan during his public speech.

According to reports, the Foreign Office handed over the protest paper to the US envoy.

The National Security Committee (NSC) pronounced the communication of a foreign government’s senior official to be “blatant interference” in Pakistan’s domestic affairs at its meeting on Thursday and agreed to make a stern demarche to the country in question.

The 37th meeting of the National Security Council presided over by Prime Minister Imran Khan, resolved that the demarche will be made through the correct channels in accordance with diplomatic norms.

However, in response to questions, the US State Department on Thursday denied Prime Minister Imran Khan’s claims that the US interfered in the no-confidence motion against him or sent any threatening letters to Pakistan.

When asked about the US interference by a journalist, the White House official likewise denied Prime Minister Khan’s claim.

These charges, according to the spokesperson, are false.

Opposition leaders, on the other hand, have labeled the prime minister a security risk who is attempting to damage the country’s diplomatic relations in order to save his government.

Opposition Leader in the National Assembly and President of the Pakistan Muslim League-Nawaz (PML-N) Wednesday urged that Prime Minister Imran Khan’s speeches be banned, citing him as a security concern to the country.

JUI chief Maulana Fazlur Rehman questioned why the PM invited the US envoy to the OIC summit if the note was threatening.