Pakistan and Australia to play for Benaud-Qadir Trophy 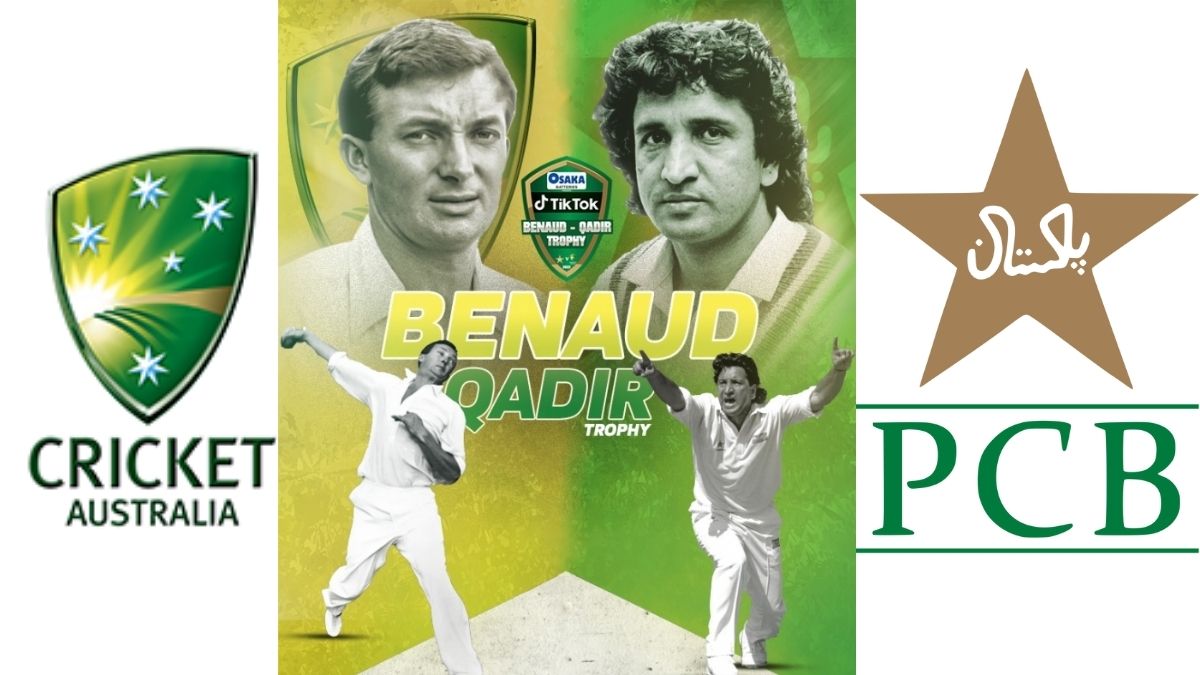 To celebrate Australia’s first Test series in Pakistan in 24 years, the Pakistan Cricket Board and Cricket Australia on Wednesday announced the introduction of the Benaud-Qadir Trophy.

This will be a perpetual Trophy and will be presented at the end of each men’s Test series played between the Pakistan and Australia cricket teams.

Pakistan captain Babar Azam and Australia captain Pat Cummins on Wednesday unveiled the Benaud-Qadir Trophy at the Pindi Cricket Stadium ahead of the first Test, which commences on Friday, said the information made available here by the Pakistan Cricket Board.

The Benaud-Qadir Trophy will be presented to the winning side at the headquarters of Pakistan cricket in Lahore, where the three-Test series will culminate.

Benaud and Qadir were two skilful, distinguished and immensely respected cricketers of different eras, who served the game with honour, pride and distinction. Benaud got wrist-spin bowling noticed and recognised as an attacking and wicket-taking option, an art that was subsequently taken to the next level by Qadir with some incredible performances against high-quality batters at a time when express fast bowlers were ruling the roost.

Benaud captained Australia on the team’s first full tour to Pakistan in 1959 and won the series 2-0, while Qadir played in 11 Tests against Australia in which he took 45 wickets, including 33  wickets in two three-Test series in 1982 and 1988 against Kim Hughes and Allan Border’s sides, respectively.

Individually, in 63 Tests from 1952 to 1964, Benaud took 248 wickets, whereas Qadir took to Test cricket in 1977 and finished in 1990 with 236 wickets in 67 Tests. For their respective heroics, achievements and accomplishments, Benaud was inducted into the ICC Hall of Fame in 2009, while Qadir was included in the PCB Hall of Fame in 2021.

PCB Chief Executive Officer Faisal Hasnain said: “There can be no better way to celebrate and mark the revival of Pakistan-Australia Test rivalry in Pakistan by launching the trophy in the names of two absolute legends and icons of this great game – Richie Benaud and Abdul Qadir. These two men remain a flavour of all eras and ages as their contributions towards cricket in general and wrist-spin bowling, in particular, are the best.

“The launch of the Benaud-Qadir Trophy will add further context and spice to the Pakistan-Australia Test series, which historically have been well-contested and hard-fought. I am confident that players from either side will draw further inspiration from this initiative and would want to be the first to put a hand on the trophy. Meanwhile, Pakistan cricket fans are looking forward to the opportunity of seeing two outstanding sides it battling out on the field in a bid to win the inaugural Benaud-Qadir Trophy.

“The launch of Benaud-Qadir Trophy is a joint initiative of the PCB and CA that clearly demonstrates the strong and cordial relationship between the two cricket boards. The PCB looks forward to working very closely with the CA in the years to come.

“I would like to thank and pass on my gratitude to the families of Richie Benaud and Abdul Qadir, who very generously and graciously allowed us to launch the prestigious trophy in their names. This initiative not only reflects the love, value and respect for our great game but for each other’s countries, people, culture and heritage.”

Cricket Australia Chief Executive Officer Nick Hockley said:” This Test series is an exciting and historic occasion with Australia touring Pakistan for the first time in 24 years. Given that context, it is fitting that we can honour two genuine legends of the game, Richie Benaud and Abdul Qadir, by inaugurating a trophy the two sides will play for with those legendary names on it.

“From an Australian perspective, Richie is a wholly appropriate choice for this honour given his immense contribution to the game, the respect and affection he commands in Australia, Pakistan and throughout the cricket world, and the fact that he captained the first full Australian tour to Pakistan in 1959/60.

“Furthermore, having his name alongside that of another great of the game, Abdul Qadir, is a recognition and celebration of the art of leg-spin, a skill they both did so much to showcase.

“We believe that having a perpetual trophy for this and future series between Pakistan and Australia and having the names of Richie and Abdul illustrates the desire of both governing bodies, Cricket Australia and the Pakistan Cricket Board, to grow the stature of these series moving forward.”

Daphne Benaud, Richie’s wife said: “I am delighted to give my approval for Richie’s name to be on this trophy alongside that of Abdul Qadir. Richie had very high regard for Abdul and the fact that both were leg-spinners has a nice ring to it.

“I know Richie would be very pleased to approve a trophy the aim of which is not only to enhance Test cricket but also to advance cricket more broadly between these two countries. I wish both sides the very best of luck for the series and I shall be following it with interest.”

Australia men’s captain Pat Cummins said: “To be able to compete for the Benaud-Qadir Trophy for the first time is a huge honour. As current players, we really are standing on the shoulders of these greats of the past who helped to grow and popularize the game in years gone by, and if my team can collect that trophy at the end of this series then it really would be the perfect end to the Test part of this historic tour.”

Pakistan captain Babar Azam said: “The game is today healthy, wealthy and strong because of such individuals and their legacy, as such, we must always recognise and acknowledge their contributions and services.

“We have our sights firmly on the Benaud-Qadir Trophy; both the sides will have to bring out their very best during this series as this promises to be a really competitive contest. This series will significantly enhance the quality of Test cricket, which cricket fans inside the venues and world-over can thoroughly enjoy.

“I am honoured that I will be leading the Pakistan team in the Benaud-Qadir Trophy; we will try and give performances that will be a tribute to these two legends who will always remain legends of the game.”

Before the Benaud-Qadir Trophy, Pakistan and Australia have played 25 Test series with Australia winning 13 and Pakistan winning seven.

When Pakistan last hosted Australia in 1998, Mark Taylor’s side won the series 1-0, while Sarfaraz Ahmed’s men won 1-0 in Pakistan’s last home series in the United Arab Emirates in 2018. The last Test series between the two sides was played in Australia in 2019, which was won 2-0 by Australia. 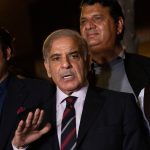