US values its ‘strategic’ partnership with Pakistan, State Department says 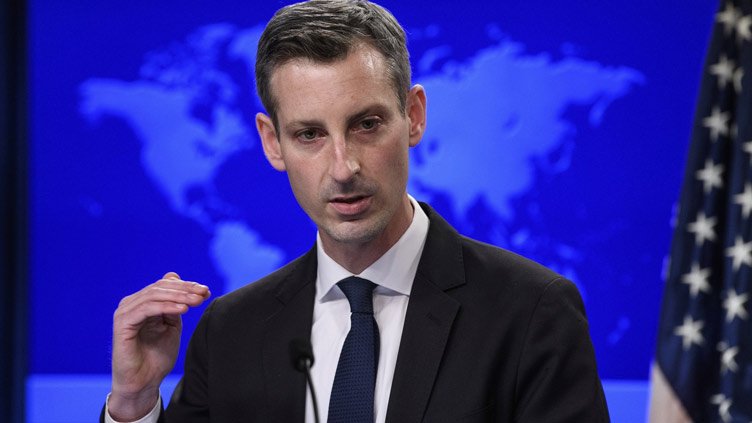 WASHINGTON: The United States values its relationship with Pakistan, the US State Department reaffirmed Wednesday, while emphasizing that there was no requirement, as far as Washington was concerned, for other countries to choose between the US and China.

“We’ve made the point all along that it is not a requirement for any country around the world to choose between the United States and China,” Spokesman Ned Price told reporters when asked if Pakistan and China have become closer because “they feel abandoned” by the US.

“It is our intention to provide choices to countries when it comes to what the relationship with the United States looks like,” he said.

“And we think a partnership with the United States conveys a series of advantages that countries typically would not find when it comes to the sorts of partnerships that the PRC (People’s Republic of China) has sought to have around the world,” the department’s spokesman added.

“Pakistan is a strategic partner of the United States. We have an important relationship with the government in Islamabad, and it’s a relationship that we value across a number of fronts,” Price went on to say.

Islamabad-Washington’s relationship came up when the spokesman was asked to comment on Indian opposition leader Rahul Gandhi’s statement that China and Pakistan are closer than ever before due to Prime Minister Narendra Modi’s ineffective policies.

“I’ll leave it to the Pakistanis and PRC to speak about their relationship. I certainly won’t endorse those (Gandhi’s) remarks.”