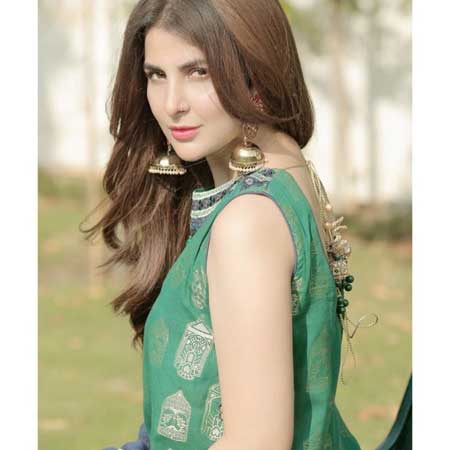 Areeba Habib, a Pakistani actress who married earlier this month, uploaded a slew of photos from her recent appearances at weddings on Instagram, which were positively appreciated by fans.

Earlier this week, the ‘Koi Chaand Rakh’ actor took to photo and video sharing application Instagram to share her look from one of the recent events, where she sported an all-pink look. She was seen in a pink and gold long traditional dress from designer Minahil Khan Sufi, with a matching stone-encrusted cupcake clutch.

She rounded off her look with pink makeup from Allure Salon, with heavy ‘Chaand balis’. Apart from fans, actor and host Nida Yasir and former model Sofia Khan were also present in the comments section to praise the look.

Earlier, in one of the posts, Areeba was spotted wearing a brown-black embellished floor-length outfit from designer Mubashira Usman.

The ‘Jalan’ actor completed the traditional look with heavy danglers, and a black embellished clutch, while her makeup looked fresh with minimal makeup.

The post that was captioned with a brown heart garnered thousands of likes from social media users including showbiz celebrities, whereas, her friend and co-actor Sadia Ghaffar complimented the actor with her comment “MaahaAllah Roop ❤️”.