A Food Truck, a Symbolic Representation of Language of Love

Who doesn’t like food? I often visit ‘Abey Khao’ in Islamabad to satisfy my cravings for delicious fast food. It is a street-side food takeaway run by my Deaf friends. However, in my recent visit, I sat with Faizan, Co-founder of this Food Truck but hearing impaired, and discussed the vision and struggles behind building this first in Pakistan mobile café that is empowering Deaf people. 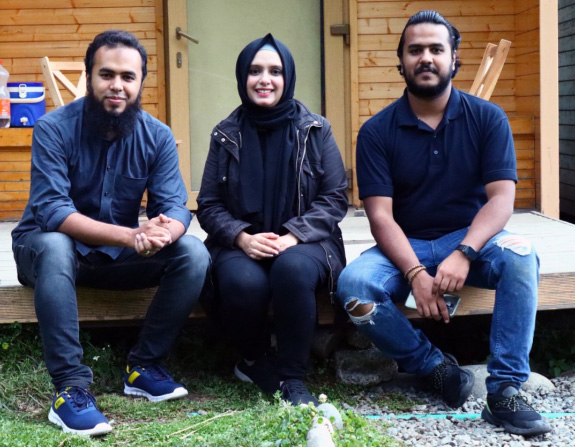 Knowing his story in-depth, I decided to share it with the world from this platform. You might have heard don’t wait for the opportunity, instead create it. This truck-based food café is a live example of this saying.

Inevitably, technological improvisations have been taking place rapidly year after year. However, unfortunately, social inclusion is far behind; which is why differently-abled people are still seen with pity and considered as destined to do low-scale jobs such as cleaners and waiters. This is a harsh reality that Faizan wants to change and started paving his way.

Faizan an O’ Levels graduate along with his siblings Jawad (who is also hearing impaired but ACCA qualified with a bachelor’s degree in Applied Accounting from the University of Oxford Brooks and has vast experience in the development sector) and sister Ayesha (who is a bio-scientist) have launched this food café where they only employ Deaf staff.

I inquired about the vision behind Abey Khao and Faizan told me that since in our culture food is considered as a representation of love. Even also we keep food for our sons and husbands who are at work and put a little extra amount of meat on the child’s plate. We carry forward this concept and with the delicious food, we are trying to bridge the gap between deaf and normal communities. As one more thing we have in our culture is if you want to make a place in someone’s heart, feed them delicious food.

I was truly in awe knowing his beautiful thoughts and efforts to implement social inclusion in Pakistan. I also asked him about the challenges. He told me when they were setting up their truck, people around used to make fun of them. Likewise, at the start, he did a joint venture with someone but they deceived them in the middle and ended up making a similar venture.

Also, belonging to a family where everyone except their sister has different levels of hearing issues, they are well-versed with the struggles; differently-abled people face on daily basis. His father also runs a small tailoring business where he mostly hires Deaf tailors.

Thus, these siblings also continued walking in the footsteps of their father and providing job opportunities to the Deaf people.

Some more worth sharing details about this venture include the backdrop and menu board both are incredibly attractive and tempting. They have designed sign language alphabets to remove the communication barriers. Also, their menu card is unique and designed in sign language. 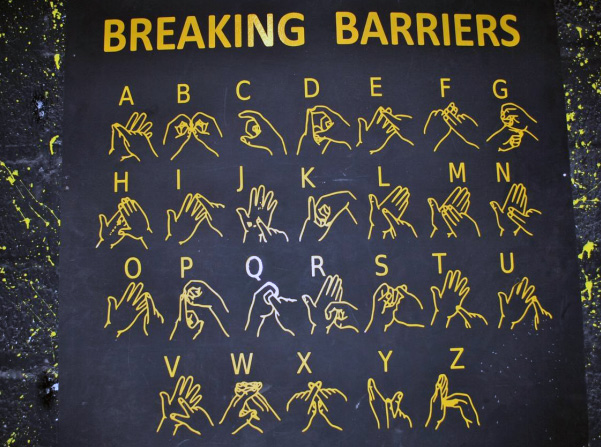 Their venture has been featured by numerous local and international media houses and news agencies. Also, they won the Standard Chartered Women in Technology 2021 competition as it is led by their sister Aisha, who is also a co-founder and CEO of Abey Khao. Furthermore, they are also the winner of Hashoo Foundation’s Best Social Impact Award and Finalist of US Embassy’s Startup Cup 2018-19.

Moreover, Jawad is the co-founder of the Pakistan Youth Federation of Deaf and Hard of Hearing. Thus, he is firmly incentivized to remove the financial constraints for Deaf people.

Conclusively, Abey Khao does have a struggling journey of working towards the regularization and inclusion of Food Truck as a separate entity in the street economy of Pakistan but they did it. They have also worked closely with the Pakistan Institute of Development Economics (PIDE) on the by-laws of Food Truck.

Faizan is positive that this initiative would not only be productive for Abey Khao and Deaf and Mute people but for other businesses and people with different kinds of disabilities too. This is the venture where disability is considered as another kind of ability. 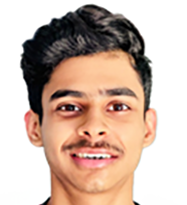 The author Kashaf Alvi is Pakistan’s first differently-abled Certified Microsoft Associate, Deaf Author, columnist, and short film Script-writer. You can reach out to him at contact@kashafalvi.com