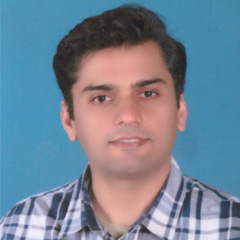 ‘Thought police’ is perhaps the plausible word to cross the mind of sceptical readers about to read the unveiling of ideas in this article. Fearing the exercise could lead to abuse of the vested power by authoritarian politicians or a few institutions. However, can be avoided if proper protocols are ensured and a comprehensive input is provided by all potential stakeholders, including civil society, particularly during the development and prior implementation of the programme.

Since 9/11, Pakistan is among the few nations to incur a very high cost, with more than 35,000 people killed, including over 5,000 of its security personnel, and with an economic loss of $ 68 billion. And despite the mammoth sacrifice, the damage has barely provoked an appropriate and adequate action from the state and private stakeholders to the conflict at home.

Parliamentarians, members of civil society, intellectuals and the upper echelons of the military have struggled to formulate a single-policy document on terrorism. There are still a few promising measures that can rendered to be of remedial nature for the conflict. Among such is the subject to be dissected here.

Lately, the Pakistan army has undertaken a significant paradigm shift in terms of its operational priorities, terming the ‘internal threat’ as the greatest security risk to the country in its newly revised ‘Green Book’ for the year 2013. The revision comes as wise contemplation and introspection by the GHQ. The formal admission is the first step to build congruence between the operational and doctrinal facets of the military. Although this will reinforce the former operational undertakings of the state in post-9/11 Pakistan, it cannot naively be confined to a single element within the country nor to a particular brand of groups only; rather the scope will be generalised to all internal threats, irrespective of their orientation. However, in the immediate course of affairs, militancy and the domestic threat posed by the Tehreek-e-Taliban Pakistan (TTP) and their affiliates requires the urgent attention of all. One of the cardinal methods to resolve this is through the inception of a comprehensive ‘de-radicalisation programme’.

Although the Pakistan army has led the pioneering move in introducing the de-radicalisation programme, particularly in Barikot, Swat Valley, where the centre was set up after a successful military operation in the summer of 2009, the same was replicated at Tank, South Waziristan after the TTP was forced out from the tribal agency during the fall of 2009. These programmes have become known by the acronym DREP (De-Radicalisation Emancipation Programme). Despite the effectiveness of these programmes, they were broadly undertaken as a result of the post-conflict measures in the conflict-affected areas, and most of the participants were the ones incarcerated, usually for minor involvement in militant acts, and others for their affiliation with the miscreants.

However, the scope of these programmes has been limited since the de-radicalisation process is confined to individuals in post-conflict scenarios; on the contrary, barely any such programme has been created to function as a preventive and pre-emptive system to deter individuals at risk of becoming active members of terrorist networks or joining militant groups.

The identification and definition of who is at risk needs to be done by forming a meticulous procedure, which includes a set of characteristics and traits that can aid in profiling such individuals. The Parliamentary Committee of Defence, in this regard could take different segments of civil society, the military, forensic experts, psychologists and former justices on board to devise the comprehensive mechanisms, programme duration and profiling criteria for such a system along with the legal aspects of the undertaking. Another area of focal attention for the programme would be to identify the forums and social settings to locate the potential individuals, such as social media, where people share their political and ideological views. Other places like colleges, universities and places of employment could be of similar interest for monitoring and identifying the subjects at risk to be followed with subsequent intervention at the preventive units. It could be an endeavour the intelligence departments could start with the assistance of civil law enforcement agencies by expanding the ambit of their operations in the cyber world and in different social settings to safeguard the youth.

What also needs to be observed is that the programme should be free from the exercise of any utilitarian means over the participant individuals taken in for de-radicalisation, such as torture and other similar modus operandi to extract information. Rather, the environment at the de-radicalisation centres needs to be conducive and rehabilitative, so that a conscious effort and an informed decision can be reached by them as a result of having the participants engaged in various procedures based on inoculation theory. It could be providing Islamic education in contrast with the doctrine and methods used by militant organisations to propagate and radicalise the youth — the technique is already in use at the Barikot and Tank DREP centres — followed by a verbal discourse and dialogue to have candid discussions on various socio-political and economic issues in the country. Simultaneously, it could offer solution-oriented cues to reevaluate their choice of previous or existing means by replacing them with democratic means and values to bring about a constructive change in society, inculcation of achieving change through political participation rather than by destructive means, such as insurgency and insurrection.

The programme should incorporate addressing the larger national and security interests of the state and converging with its goals, while dissecting the ills of militancy, terrorism and the threats it poses to the larger and immediate interests of the country.

Like the centres in Barikot and Tank, the new programme can be harnessed with vocational training programmes, based on participants’ aptitude and other sets of capabilities, such as mechanical and motor skills, along with the inclusion of other programmes that are specific and appealing to those with intellectual and cognitive inclinations. Similarly, there could be awarding of employment opportunities to the former in public or private sector and educational scholarships to the meritorious participants from the latter in the post de-radicalisation phase in order to ensure an effective reintegration and return of normalcy in their respective lives.

Community members, especially parents, teachers, and the youth, can be encouraged through public awareness campaigns (as an extension of this programme over media and through community field workers) to communicate with those at risk and provide them with the much needed social support as a primary preventive tool. That is in case if these means have failed to encourage the community members to contact the law enforcement agencies or the preventive de-radicalisation units for adequate intervention before misled souls could wreak havoc.

During the administration of the de-radicalisation treatment, its progress and efficacy can be evaluated by developing and utilising pen-paper tests, group discussions, interviews and other non-verbal means such as observation methods to rule out the presence of radical cognitive, social, and behavioural tendencies.

The system should also encompass an evaluation process based on frequent follow-ups in the post-treatment phase of the de-radicalisation programme with the discharged participants in order to assess the progress of their reintegration in society and provide any necessary intervention, if further required, until an individual has fully recovered and is able to serve as a constructive member of society.

And for Pakistan, while the war in its neighbouring Afghanistan draws closer to an end, it will have to take concrete steps rather than merely relying on time to take its due course for matters to settle and sanity to prevail. De-radicalisation is among the set of other pivotal, yet synchronised steps to conclude an old chapter and begin a new one of stability and security in the country.

The writer is certified in Conflict Analysis, Negotiation & Conflict Management from the United States Institute of Peace. He can be reached at usama.nizamani@gmail.com