Man kills three daughters by throwing them into the canal 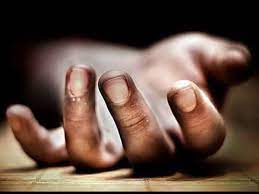 Aslam Ahmed Din is charged with killing three of his daughters by throwing them in a canal near his village.

On the 4th of January 22, a man named Aslam Ahmed Din murdered his three daughters. The incident took place in a village named Badiana. Aslam asked his wife to take their youngest son who is two and a half years old to Lahore via bus while he will bring the daughters from school on his bike to Lahore. Unquestioned, the mother of the three daughters left for Lahore while Aslam went to pick his daughters early from school who were giving their papers, he asked the teacher to take their exams on the next day as they had an emergency.

Aslam took his daughters to Link Canal near Bhai Pheru and one by one threw his daughters in that canal. The first target was Mishaal Fatima, a six-year-old girl, while the second target was Malaika Batool, an eight-year-old girl. Seeing all this, the eldest daughter, Tehreem Fatima, tried to run away but Aslam a cold-hearted father shot his eldest daughter in her head and then threw her in the canal too.

Reaching back the village, Aslam killed a man and injured two women, then standing on the fourth floor of a building did firing but unfortunately after a short time was caught by the police.

The dead bodies of the daughters have been found and buried while Aslam is in jail near Bhai Pheru. It was also found out that Aslam is a drug addict and has unlicensed weapons too.

The question is still present that why did Aslam murder his daughters and the man and why did the mother leave her daughters without questioning his husband’s illogical emergency. Also, there is no information regarding the police to lodge an FIR.