Dua Lipa and Anwar Hadid can still ‘get back together’ following split: insider 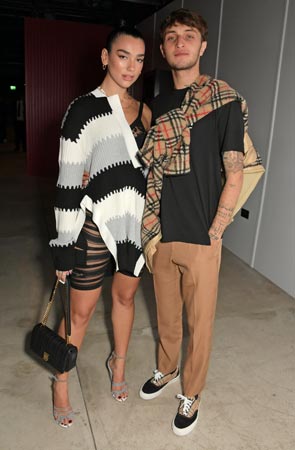 Sources reveal Dua Lipa and Anwar Hadid still have a chance at getting back together, considering they used to have “insane chemistry.”

An insider close to Hollywood Life brought this claim to light during one of their recent interviews.

They started off by admitting, “Dua and Anwar were together for a long time and so they still have mutual friends on both of their sides who think there’s absolutely a chance they’ll get back together.”

“They don’t believe they’re done for good. Dua and Anwar had insane chemistry and were always spending as much time together as possible.”

The same source also went on to admit, “They’re young, so things like this happen but they don’t believe that the love went away.”

In light of her split Dua has been spending more time with her sisters, Bella, Yolanda and Gigi Hadid and the insider even admitted, “Don’t be surprised if you see them spending time together at some point again in the future.”