The Point is Not to Surrender

“To be captured is beside the point,” Nazim Hikmet says, “the point is not to surrender.”

But alas, we were not only captured, but we also surrendered meekly, for we chose a wrong battleground, a part of our homeland, and fought with our people. To our dismay, we met the destiny we had written with our own grisly hands, but our dizzy-with-power minds could not comprehend it. One man’s defeat is a victory for the other, the old phrase says, but defeats are institutions, and those who graduate from them, learn never to repeat the causes and conditions of their doom. But our defeat had no silver lining, no lesson was learned, and the dialectical wheel kept moving relentlessly. It proved authentically that no matter how mighty and invincible one is, he cannot win from the people who have thrown their gauntlets to embrace their freedom. It also proved that the cult of ethnicity is historically fragile, theoretically hollow, and ideologically fictive.

“Arm of criticism,” Marx says, “cannot replace the criticism of arms. The mechanical force has to be overthrown by the mechanical force.” During the Soviet era, the Marxian message went far and wide to the four corners of the world. People stood up against oppressive regimes, colonial order, and metropolitan capital. The national struggle was so deeply intertwined with the class struggle that the separation of one from the other made the entire struggle look futile.

The struggle inspired the people of East Bengal more than any other province of Pakistan. Even before the partition, the land rich in agrarian resources and revolutionary spirit was keen to be united with its western half instead of joining other Muslim-dominated provinces one thousand miles away from its borders, but then came the moment of colonial [un]truth. “Partition” Ilan Pappé, a renowned Israeli historian says, “in the history of Palestine is an act of destruction committed within a framework of a UN, ‘peace plan,’ that drew no international reaction or condemnation whatsoever…. partitions are a newspeak, to borrow George Orwell’s famous term for such deceptive realities.” Indian partition was no exception. Thousands of natives were massacred. Millions were uprooted. And, the colonial power walked away unscathed; leaving the oppressive institution behind hungry for submission to its dictates.

The first assault made upon the Bengalese was the replacement of their language with Urdu; turning even highly educated Bengalese into an illiterate mass.

Erecting the walls to separate the people, their labour-power from the capital is a bourgeois ploy employed by the global north to control the resources of the periphery, the global south, and is made possible by the ruling comprador capitalist cum feudal class of the native country. The imperialist need to stymie the march of the Soviet troops and socialist ideology necessitated a piece of land eager to play the role of a frontline state for imperialism. Partitions piggyback the horrors and hatred on either side of the divide and a necessity to secure the borders not only strengthens the Praetorian guards but exacerbates the demand for ammunition, a Faustian bargain that empowers all the anti-people forces.

The more material resources a territory has, the more likely it is to develop the conditions of accumulation of wealth and the army of unemployed workers. The Unionist Party simply changed its official tag to embrace Jinnah and the Muslim League. Punjabi feudals did not take long to introduce the technology in the agrarian sector, throwing large unemployed surplus population streaming to the cities to lay the basis for industrialization. The process of industrialization required money, and East Bengal became the victim of primitive accumulation, for Marx, outright plunder.

The first assault made upon the Bengalese was the replacement of their language with Urdu; turning even highly educated Bengalese into an illiterate mass with a single stroke of a bureaucratic might. The bureaucracy of Punjab replaced the colonial masters as commissioners and sometimes as chief secretaries.

“As late as 1956, there was no Bengali above the rank of joint secretary in the central secretariat. Of the 741 top jobs in the federal government, 93 per cent were held by west Pakistanis with the Punjabis and Urdu-speaking migrants claiming the plums…Put less politely, the only acceptable Bengali in office in Karachi was a captive Bengali.” (Ayesha Jalal).

During the first decade of “independence,” the annual growth in East Bengal’s GDP was merely 0.2 per cent with per capita income “declining at the rate of approximately 0.3 per cent per annum” compared to the western wing having a 3.6 per cent annual growth in the GDP. Unlike the eastern wing, the per capita income was not declining but increasing by 0.8 per cent. The disparity between the two wings lingered on during most of the fifties.

To import the ammunition and industrial goods, the overvalued Pak rupee made the export of Jute and other raw material from Bengal expensive and less competitive in the international market. After the Indian devaluation of money and the refusal of the Pakistani government to follow its course, India stopped buying the jute from Pakistan that made the already sagging economic condition of Bengal horribly dismal. While allocating the import license, the central government discriminated against Bengal. Only 35 per cent of licences were given to the eastern wing. The latter could only manage 25 per cent of the total foreign import. Consequently, people of the eastern wing had to buy the goods from west Pakistani manufacturers, and they sold them 40 per cent higher than the prices of the international market. Hence, a significant amount of east Pakistan’s average income went straight to the west Pakistani manufacturers. Bengal was in the grip of another colonial expropriation.

With the massive defeat of the League by the Jukto (United) Front that annihilated the ruling party in the provincial elections of 1954 and its dissolution by the governor-general to an outright violation of the mandate of 1970s elections when Awami League won 167 seats and the armed intervention by the Praetorian guards left a sad saga of mass rape, pillage, brutal killing and displacement of the native population. The two-nation theory was trampled under the heavy boots of the defenders of the country and its “ideological saviours.” The process of colonization was at its acme when the rainy season started in Bengal and history standing on its head found its feet on the ground. Much before Indian intervention, the war was lost: won by the Mukti Bahini. 90 thousand soldiers surrendering their arms in front of Indian forces was an unprecedented event after the 2nd world war.

Wars are won and lost, but we hardly have any official repentance of the war we fought against our “short stature, dark skin, racially inferior” brothers and sisters. “A state that is proud of its past,” Gideon Levy says, “does not conceal it. Only a state ashamed of its deeds conceals them’.” A state “that conceals its past is a state that knows, deep in its heart, that its righteous birth came about through a great sin…Please do not disturb, we are carrying out the same crimes or similar ones somewhere else in our state on different “inferiors.” (Haaretz 2021)

If one looks with a cursory glance on Haaretz’s column, one is likely to confuse its contents with the war crimes committed by the Praetorian guards and guardians of God’s republic we are blessed with. In his scathing analysis, Gideon is almost always succinct, relentless and truthful. No wonder he is one of the scribe’s favourite columnists, but one cannot help envy his fortune. Despite declaring Israel an apartheid state that deserves international sanctions for its ethnic cleansing of the Palestinians, he is neither eclipsed into thin air as a “missing person” nor his decapitated head sent as a trophy to his family. Instead, he has won the Sokolow award, the most prestigious one from the city of Tel Aviv. While a writer fighting in God’s republic for his dear life cannot call the Praetorian guards with their real name, for those who call a spade a spade are forced to use one upon them when the difference between 1948 and 1971 was a bare minimum, both were ethnic cleansing. 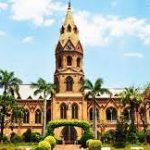 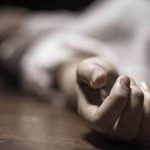