An Introvert in a Pakistani Society: How will this work? 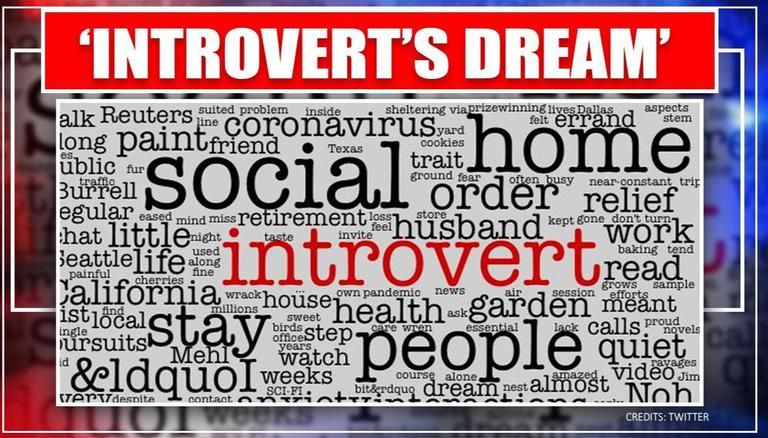 According to psychologist Carl Jung, introverts turn to their own minds to recharge, while extroverts seek out other people for their energy needs.

Since Pakistanis are generally not too well-educated in social psychology, they do not understand extroversion or introversion. Pakistani families are usually loud and extroverted, which is why being extroverted, and not introverted, is perceived as normal. This is also another reason why there is no concept of ‘respecting personal space’ in such households and societies.

Sanwal, a 45 year old homemaker, shares her experiences of introversion. Even though Sanwal was affected by her introversion while growing up, and was told that she was too quiet when compared to her siblings [a tool every Pakistani loves possessing: comparison], she remained true to herself and is still at peace with who she is.

“I can’t say when I discovered/ diagnosed myself as an introvert but I used to be an avid reader when I was little & even now I would rather have my nose in a book than in someone’s business. Social /electronic media feels like a roller-coaster ride & it’s a struggle to keep up with the happenings around. I would advise introverts to just accept themselves and let their work speak volumes for them. Mostly, introverts engage in social work and charity, and are peaceful human beings.  It’s not a stigma you carry being the quiet one. But don’t let people take advantage of your silence. Whenever I am in a gathering I usually keep the conversation to the minimum. No personal questions, no gossips & no back biting. No comments regarding who is wearing what, etc. But it’s a struggle to find like-minded people & to open up. Keeping your feelings bottled up gets suffocating at times. Very few until now but those few friends also moved away. There’s no substitute for meeting people in person. The virtual world lacks the warmth & the camaraderie that emanates when like-minded people work together.”

Bry, an introverted intellectual friend I gladly found by joining Facebook communities with Highly Sensitive People and Introverts, also had his experiences in tow.

“Over the last few years, I never really associated myself with any specific personality type. I do get drained though, even when I’m with people I love. I don’t necessarily hate small talk, because it is a form of human contact and we all need some form of it. What I dislike about the world around me is the fact that there is so much hate and violence, and it never seems to end. I have a few close friends, even though I like being alone and have no problems with being with my thoughts in my own house.”

Apart from all these experiences Bry had over the years, he believed that social media was a two-headed dragon-one that looks forward and one that looks back. He further thought that the world was exactly the same as it was a few hundred years ago, even though there were ‘technological advancements’.

Another person I interviewed for introversion (based abroad) in order for a comparison between Pakistan and countries abroad was Mandy. She first realized she was an introvert about a decade ago, after reading articles on social media.

“I always dread social gatherings; I tend to find a small corner and chat with the same close family or friends. I hate small talk and think it’s a waste of energy, and I don’t like firework displays or group gatherings. Noisy restaurants also make me feel uncomfortable, and I need to recharge after spending time with new people or in new places.”

She believed that introverts are generally frowned upon, even in nations abroad; as they are deemed ‘different and unsociable’.

A friend from Pakistan, Qadir, had his own views about introversion in Pakistan. Coming to terms with his introversion in his A-Levels, he believed that people would often point it out as something to be humiliated over.

“People in Pakistan are quite unaware of their emotions and personality types. Even if they don’t like loud noises, they have to force themselves to sit in gatherings with small talk. They cannot avoid going to social gatherings, and they have to participate. Even if they are the quietest person in the group, they will still have to go through the struggle of sitting with extreme extroverts and try to be sociable, which is devastating to the introvert’s spirit.”

When asked about his views on the world, Qadir believed that people’s priorities have changed drastically. He believed that the attention span of a common adult had decreased due to social media, and most introverts I interviewed believed this. “Social media has consumed our lives in a negative way; I often think about where Pakistan is headed. No one has any manners here anymore; no one cares about anyone else. They litter as if it is as normal as breathing, they break traffic rules and they complain about all these things later.”

Zhalay, a data analyst hailing from Pakistan, also had a few lines to add for us. She realized she associated with introversion when she grew out of her teens, and started hanging out with different sets of friends.

“Personally, I believe that in Pakistan, your early years are controlled by your parents so you don’t really know yourself. People in Pakistan are aware of their basic emotions: like happiness, sadness and grief, but not INFJ or HSP personality types. I feel we have a long way to go, even discussing these topics. Mental health discussions are still a taboo, and if you see therapists you’re still deemed crazy.”

She further claimed that she had memorized an ‘introduction to herself’, because she would often go blank when someone asked her what she did for a living. For Zhalay, bright lights and noisy places are a no-go zone. She believed that she wasn’t a loner, but liked solitude and thought that hanging out with friends once in a while wasn’t so bad.

The last and final individual I interviewed was a friend from Norway: Farhan Shah.

Farhan, being a philosopher and a doctoral research-fellow at the University of Oslo, Norway, is an Islam-consultant and has a passion for existential psychology and ethics-for freedom, responsibility, and care for human and the non-human communities of life. When asked about his interesting views on the aforementioned philosophies and introversion, he had quite a fascinating approach to all the questions.

“Our experiences change us and we are capable of a wide range of being, action and thinking about ourselves. However, I discovered ‘introversion’ in my youth days, when I realized I enjoyed one-on-one conversations rather than superficial cocktail parties of people. I was an avid listener, and never seek to be in the limelight. When I realized that ‘being noticed’ was not one of my concerns, I knew I could associate with introverts.”

Shah believed that the need for solitude does not make introverts lonely, and that ‘wanting to be alone’ and ‘being lonely’ were two separate things. When asked about his views on Pakistani society dealing with introversion [as a Norwegian-Pakistani himself], he believed that there was a lack of emotional literacy.

“We relate to other people through judgments that are conditioned by our own needs and insecurities, feelings and desires. In this way, we fail to see other people on their own terms. I say to the quiet person: may you be quiet in your strength and strong in your quietness. The world needs more deep listeners, and maybe this could be your vocation in life.”

Shah is actively working on finishing off his doctor dissertation on the philosophy of Muhammad Iqbal and its humanistic-existential and ecological potential. He believes that introverts are a gift to the world, and the world becomes enriched when all personalities start loving themselves-no matter what characteristics they possess.