* Now in Portugal, her new home, she feels safe but her dream is to return one day and bring music back to her country's streets 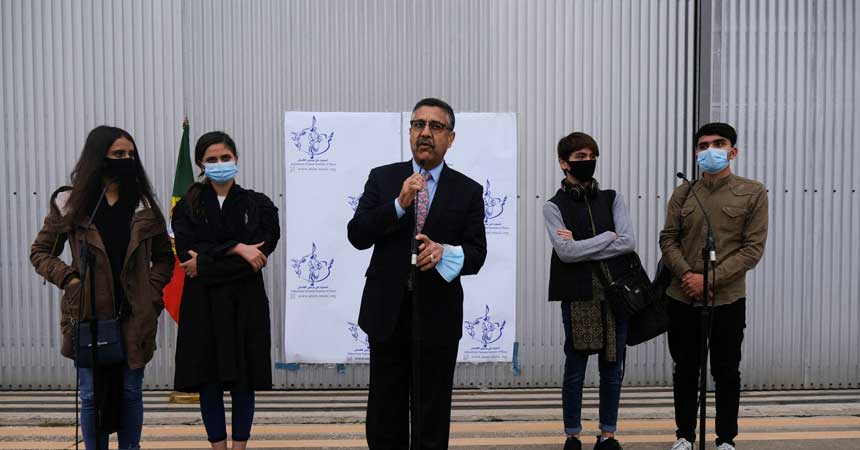 When the Taliban seized power, Afghan musicians knew their futures were in jeopardy.

Conductor Shogufa Safi, 18, escaped. Now in Portugal, her new home, she feels safe but her dream is to return one day and bring music back to her country s streets.

Now in Portugal, her new home, she feels safe but her dream is to return one day and bring music back to her country’s streets.

“I haven’t had peace in my life yet,” an emotional but hopeful Safi said after she landed in Portugal’s capital yesterday along with 272 other members of the Afghanistan National Institute of Music, including students, staff and relatives.

“My huge dream is to go back to Afghanistan. It’s a huge dream,” she said. “I believe that I’ll go back and teach the younger generation.”

Safi is one of the musicians in Afghanistan’s renowned all-female orchestra Zohra, part of Anim. They have played at some of the world’s major concert venues, from New York’s Carnegie Hall to Oman’s Royal Opera House.

Portugal has granted asylum to all Anim members and their immediate family, making it the largest rescue operation of a self-contained Afghan community since August’s takeover of Afghanistan by the Taliban, the music institute said.

Under the Taliban’s repressive 1996-2001 regime, music was banned. Although the hardline Islamists have yet to formally reinstate the ban this time around, the Taliban have ordered radio stations to stop playing music in parts of Afghanistan.

As soon as Taliban insurgents took control, Anim director and founder Ahmad Sarmast knew he had to get his students out of the country. They escaped to Qatar with the help of various donors, before making their way to Portugal.

“I’m very happy to be in Portugal because I see all my friends smiling,” said another young conductor, Marzia Anwari. “They are the future of Afghanistan.”

Some of the young musicians stepped out of the commercial charter flight clutching new instruments, from drums to violins. Their old instruments stayed behind at Anim’s campus in Kabul, which is now a Taliban command centre.

The future for music may look bleak in their homeland, but Sarmast is confident now his students are safe, they will be able to not only pursue their artistic dreams but also keep Afghanistan’s rich musical heritage alive.

Anim will reopen in Lisbon next year, and the group will return to big stages once they settle in.

“It will be impossible for the Taliban to silence the people of Afghanistan,” Sarmast said.