Who is called a real hero? What role a hero can play in someone’s life? What should be the criteria to call someone a hero? These questions often pique my curiosity about heroes. Having a degree in English Literature, we were trained to praise Bertolt Brecht’s famous lines in The Life of Galileo. When Galileo’s pupil Andrea maintains that unhappy the land that has no heroes, Galileo disapproves by saying: No, unhappy the land that needs heroes. Apparently, Galileo’s stance looks as though one is more rational but is it practical? How far one can agree with Galileo and on what grounds one can reject Galileo’s philosophy of having no heroes?

Well, we all grow up idealizing people who we find have special qualities than us, who achieve something great in their lives. This idealization comes as a result of human’s time-honored desire to achieve perfection. From Aristotle’s hero who is a magnanimous man “whose gait is measured, his voice deep and his speech unhurried” to Nietzsche’s Ubermensch (superhuman) who succeeds God after His death, humans continue to imagine ‘the ultimate.’ This idealization is not limited to the personalities only as philosophers also create an ideal world in their imagination that starts from Plato’s Ideal Republic for the people of Greece to St. Augustine’s The City of God and ends at Thomas Moore’s Utopia, despite the fact, in Marx’s words, they merely interpreted the world in various instead of changing it.

Anyhow, when the discussion revolves around heroes, Thomas Carlyle who presented a non-materialist view of history comes directly to mind as he was the first who glorified the role of heroes in history in his book. He believed that without heroes, history would have been different; he considered heroes as ‘men of letters’ who with their dynamic and charismatic personalities change the course of time. In one of his lectures in his book, Carlyle recalls the Holy Prophet as a leading light who revolutionized the age-old culture of Arabs, economically or spiritually, with his hero-like character.

It is interesting to note that Carlyle’s analysis of history with respect to heroes is purely individualistic. He thinks that society needs heroes to forge ahead, a point contrary to Galileo. Needless to say, personalities can be all-powerful but this viewpoint is not true that heroes are sine qua non for the progress of culture. Quran also challenges this narrative in various chapters as it undermines the role of people and their contribution to the world. In Sura Al-Qasass, Allah almighty categorically says to people, “Don’t forget your share of the world.” (28:77) At another point in Sura Al-Imran, God says directing to Holy Prophet, “If they submit to Islam, then they have been guided but if they turn away, then your duty is only to convey the message.” Here, it has been clearly mentioned that it’s solely at people’s end if they want to change themselves and their society. So to speak, through this verse, we can also problematize Hegel’s dialectics and Karl Marx’s theory of historical materialism. How? Think yourself. 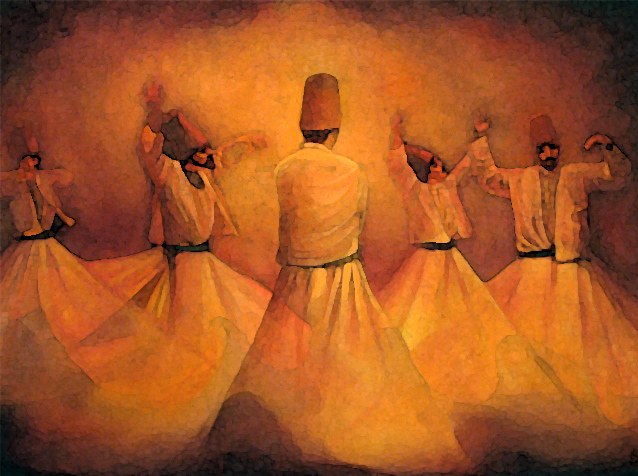 Surprisingly, no other school of thought adopted hero-worship as a discipline other than Sufism also known as Tasawwuf or Irfan in Shia theology. A school of thought that mostly started developing in the 2nd century with Persian interaction as no such mystical practices or beliefs existed in the Arab culture. That’s why some scholars call Sufism a Persian invention against the true spirit of Islam. But does it really against Islam? A question that needs to be addressed. However, the basic teachings of Sufis are purely based on love and humility. The problem only arises when people fail to understand particular Sufi terminologies. It is also important to note that all Sufis cannot be categorized as true followers of Islam. Ibn e Taymiyyah, who is often regarded as the iconoclastic Islamic scholar, defines three types of Sufis: Sufiyyah al Haqaiq (true Sufis), Sufiyyah al-Arzaaq (professional Sufis for professional gains), and Sufiyyah al-Rasm (Sufis by appearance). Sufi school of thought was badly affected during the colonial period when so-called Sufis patronized by the British turned to their respective Khanqahs irrespective of the bad socio-political condition of their country and these Sufiyyah al-Rasms still exist in the postcolonial world.

Regardless of these facts, Sufism is the most disciplined school of thought as Sufis believe in the chronology of things and are strictly adherent to their specified hierarchy. The first task for a Sufi is to annihilate with the mentor (Fana fi Sheikh), the second step is to annihilate with the Holy Prophet (Fana fi Russul) and the last stage is to annihilate with the God most high (Fana fillah). Sufis consider it compulsory to first annihilate with their spiritual mentor who purifies their souls then with the Holy Prophet, the most perfect human being and an Ideal character for mankind, and lastly annihilation with the ultimate truth, the God because the premises of Sufism lies on one of the most revered verses of Quran where it is mentioned that “He (God) is the first and the last, the Ascendant and the Intimate” (Sura Al-Hadid). The ultimate goal of a Sufi is to return to the origin because a man is supposed to be raised with God’s spirit (Sura al-Hijir) that’s why he feels lonely in the world. For this, Sufis try to find an ideal human being to reach their ultimate goal. Dr. Ali Shariati beautifully theorizes on this aspect when he says, “The ideal human being is motivated by a desire as to what he ‘should be’ and ‘must become’. It was this person that the mystics sought to become. The universal prototype (Insan-e-Kamel) is clearly referred to in our treatises, particularly the ones on philosophy and illumination. It is the person who has reached the highest level that a human being can reach and evolve towards.” The mentor, a hero-like figure, teaches different exercises to his pupils for the rendition of their souls. During these exercises of self-discipline, the first stage that comes in Arif’s life is al-Iradah (resolution) to follow the divine path quitting so-called worldly pleasures. The other stages include preparations (bidiyat), doors (abwab), conduct (muamalat) and manners (akhlaq). After passing from all the stages of self-discipline, there comes the last stage which is a state of trance (ghashyah) in which he sees the light of Allah in everything. 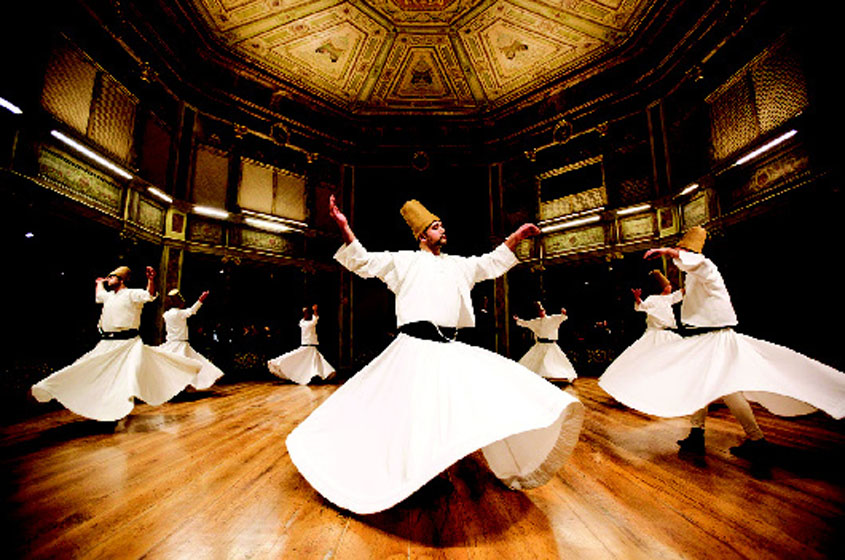 This hero-worship is so part and parcel of the Sufi school of thought that one can’t imagine Bulleh Shah without his spiritual mentor Inayat Hussian, Rumi without Shams, Waris Shah without Baba Makhdoom of Kasur as he says in Heer Waris Shah wasneek Jandialre da, te Shagird Makhdoom Kasur da e (Warsi Shah is the resident of Jandiala Sher Khan and disciple of Baba Makhdoom of Kasur), Ibn e Arabi without Shyakh Abu Madyan al Maghribi, Saadi without Shihab al-din Suharwardi, Farid al-din Attar without Majd al-Din of Baghdad, etc. All these Sufis were so personality worshipers that sometimes while reading their work one doubts their intention as in one of the verses Hafiz Sherazi says that if your spiritual mentor asks you for an immoral act, you shouldn’t hesitate to perform it. Although his poetry is full of metaphors, one can feel the depth of their love for their teachers.

Hero-worship where gives you a chance to improve yourself or at least follow the path of your hero, it can lead someone in the wrong direction too. So there must be a parameter to follow someone or call someone a hero. According to Sufism, Sheikh is “like a loving mother, a kind father, an innocent child, a helpful friend and an inspiring teacher.” He considers whole humanity the family of God irrespective of caste, color, or creed. That is what Sufia preached in the subcontinent by following the policy of Sul-e-Kul (peace with all) and cuddling the marginalized and oppressed people. On the other hand, we see people idealizing Hitler, Churchill, Mussolini, Modi, and Zia-like characters who destroyed the peace at length and worked just to please one fraction of the society. How can these people be heroes when they worked against the common welfare? Hero-worship can be an ideal thing only if the hero, a teacher, or a guide firmly holds the human-centric ideas and believes in inclusivity.

The writer is a staff member of Daily Times and can be reached at @MirHadiAbbas.