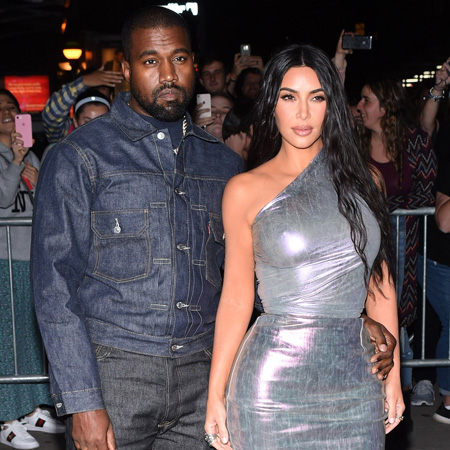 Kanye “Ye” West seized the moment to sing directly to Kim Kardashian. During the “Free Larry Hoover” benefit concert on Thursday, Dec. 9, the “Runaway” rapper switched up the lyrics to his 2010 hit as a shout-out to his ex, singing in the outro, “I need you to run right back to me. More specifically, Kimberly.” The lyric drew a notable reaction from the crowd and served as a direct plea to the Keeping Up With The Kardashians alum, since she was in attendance along with mom Kris Jenner’s boyfriend, Corey Gamble.

The event, held at the Los Angeles Memorial Coliseum and organized by Ye, was dedicated to raising awareness and support for prison and sentencing reform, and also served as the official end to his long-standing feud with Drake, as the musician joined Kanye on-stage as a special guest for a few songs.

Kim’s attendance at the benefit concert wouldn’t be the first sign of support she’s shown for her ex since she filed for divorce after seven years of marriage in February of this year.

The SKIMS founder also attended a few of Ye’s listening parties for Donda back in August, and most recently, she gave the rapper a shout-out during her acceptance speech at the 2021 People’s Choice Awards.

Ye’s latest shout-out also comes just a little more than two weeks after he publicly vowed to “restore” his family with his estranged wife and their four kids, North, Saint, Chicago and Psalm. The Grammy winner’s comments also come both before and after news broke that Kim began dating Saturday Night Live comedian Pete Davidson.

As for Kanye’s friendship with Drake, the last time fans saw the two grace the same stage was a little more than five years ago, when Drake brought the “Jesus Walks” rapper as a guest during his OVO fest concert in 2016. Since then, they have famously been at odds, with numerous disses spurned from each artist taking aim at the other.

However, their rivalry came to a halt in early November, when Ye invited the “In My Feelings” rapper to perform at the charity event.