There have been growing calls for tougher punishment against sexual offenders and stronger preventive measures in the aftermath of a series of violent crimes victimizing women and children. Recently, a Cabinet meeting approved a revised bill, under which a clause providing for “chemical castration” of habitual rapists had been removed from the Criminal Law (Amendment) Bill, 2021, in the light of objections raised by the Council of Islamic Ideology (CII).

Using hormonal drugs to reduce sexual violence recidivism is known as chemical castration. The first reported attempt of hormonal manipulation to reduce pathological sexual behaviour occurred in 1944 when diethylstilbestrol was prescribed to lower testosterone levels. In 1996, California became the first state in the United States to authorize the use of either chemical or surgical castration for certain sex offenders who were being released from prison into the community. This legislation was extremely controversial at the time; however, eight additional states have subsequently passed laws that provide some form of castration for sexual offenders under consideration for parole or probation. Currently, similar debates on the legislation and expansion of chemical castration have taken place in Korea.

Although androgen is the major hormone associated with libido and sexual function, and violent sexual offenders have been found to have higher levels of androgens than do nonviolent comparison groups and androgen levels correlate positively with both prior violence and the severity of sexual aggression. Nevertheless, a clear cause-and-effect relationship between testosterone levels and sexual offending remains uncertain.

Efforts to prevent recidivism and protect the community are worthy, and public safety can take precedence over criminals’ rights.

Nevertheless, there has been an ongoing debate about chemical castration for a variety of social and medical reasons. Social problems include that chemical castration may not guarantee human rights for involuntary cases performed without the informed consent of the sexual offender, and thus may be regarded as only punishment and not treatment.

Medical considerations are also important. First, chemical castration is no longer effective after it is discontinued. Therefore, the spontaneity for receiving medication is a prerequisite to overcoming this limitation and combined psychotherapy and pharmacological therapy is associated with better efficacy compared with either treatment as monotherapy. Furthermore, as we have experienced in treating prostate cancer, chemical castration may have serious side effects. Therefore, chemical castration is associated with various side effects, including osteoporosis, cardiovascular disease, and impaired glucose and lipid metabolism. Given that the minimum duration of treatment is 3 to 5 yrs for severe paraphilia when a high risk of sexual violence exists, the side effects of chemical castration can increase in a time-dependent manner.

Sexual crimes are a significant public health problem. Efforts to prevent recidivism and protect the community are worthy, and public safety can take precedence over criminals’ rights. Chemical castration reduces recidivism effectively when offered to sexual offenders within the context of simultaneous comprehensive psychotherapeutic treatment. Since chemical castration under the laws would be vaguely positioned between punishment and treatment due to lack of informed consent by the recipient, it remains a problematic issue for Islamic and Medical ethics. States must bring their national laws in line with human rights standards if they are to effectively prevent and combat impunity for rape. Removing the clause providing “chemical castration” of habitual rapists in the revised bill by the PTI government is a step in the right direction.

The writer is a consultant forensic psychiatrist. 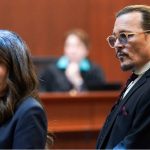