Colonialism affected badly on the mentality of Muslims: PM 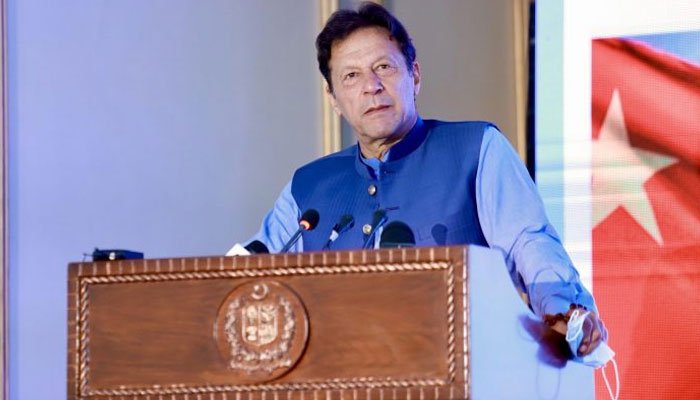 PM said this during the inauguration ceremony at the Al-Qadir University, where he spoke about the importance of breaking the chains of slavery.

“Unfortunately, due to colonialism, Muslims suffered from mental slavery around the world,” he said.

The prime minister emphasised speaking the truth and dispensing justice. “Speaking truth was a quality of Holy Prophet Muhammad (PBUH) before he was appointed a Messenger.”

PM Imran Khan said he had always aimed at creating institutions in Pakistan that would implement Islam in its true spirit.

He spoke about education at length, lamenting that there were no universities researching the lives of the Muslim leaders, warriors, scholars and reformers.

“Islam and Science were both working alongside each other,” he said. “There was harmony between them. Read Al-Biruni and others, they had a strong connection to Allah,” he added.

The prime minister spoke out against Western culture, saying that Pakistan’s youth was confused about it in today’s world.

He said young Pakistanis studied the Western culture and were misled by it, saying that its progress lured many into copying it.

The premier urged universities to research the bad effects that Western culture was having on family life, and spoke out against how pornographic material was widely available on smartphones these days.

“Allah encourages Ijtihad in the Holy Quran,” he said. “How will Ijtihad take place here if the person who differs in his point of view from you, is declared a kafir,” he lamented.

The prime minister said that the concept of leadership that the Holy Prophet Muhammad (PBUH) gave to Muslims will be imparted in Pakistani universities to the youth, adding that “we will start from our students.”

Speaking about leadership, the premier said a selfish and cowardly person can never become a leader.

He said it was important to educate students about these aspects so that when they become future leaders.

On the other hand, speaking indirectly about the Asma Jahangir Conference where former prime minister Nawaz Sharif spoke, the prime minister regretted how the PML-N supremo was allowed to address the event.

He said civilizations destroyed when they refused to condemn sins, adding that the former prime minister was speaking at a conference where judges of the Supreme Court were present.

“This person had escaped abroad after lying,” he said, taking a dig at Nawaz Sharif.

PM Imran Khan said if society continued to venerate and appreciate people who had indulged in corruption, then other people would find no incentive in working hard.

“Why would a common man study 14 years, work eight hours a day to earn for his wife and children when another person operates like a qabza group?” he asked.