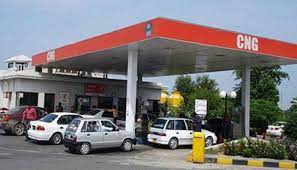 LAHORE: The price of compressed natural gas (CNG) has risen even higher across the country after the federal government raised the General Sales Tax by Rs10.5 per kilogram on Tuesday.

According to the Federal Board of Revenue, a notification in this connection has been issued while exercising the powers conferred by sub-section (8) of Section 3 of the Sales Tax Act, 1990, doubling the GST rate on CNG.

The All Pakistan CNG Association (APCNGA) has decried the notification of the government in this regard, saying at a time when Liquefied Natural Gas (LNG) rates are all-time high and gas prices have skyrocketed due to a historic rise in the value of the dollar, raising taxes is a very unfair and unjustified move.

Since September this year, the price of CNG has been increased by a whopping 33.33% or Rs50 per kg.

CNG prices soared to Rs200 per kg in Karachi with the recent GST hike, while the new rate of CNG in Punjab increased by Rs6.89 per litre to Rs140 per litre, followed by Rs10.30 per kg in Khyber Pakhtunkhwa and Balochistan.