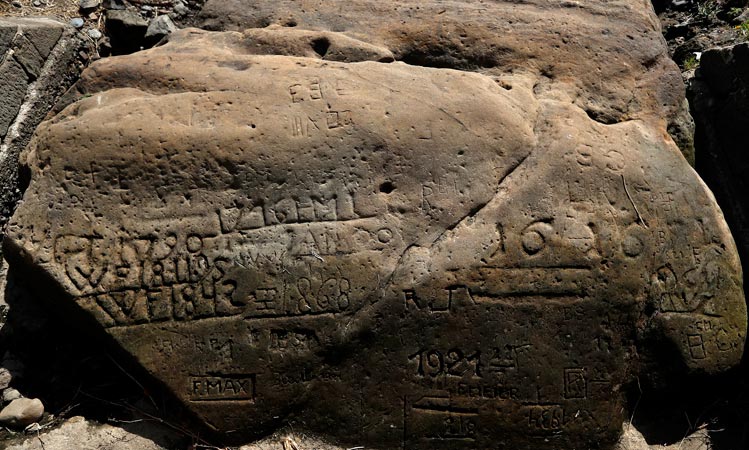 Engraved chalk plaques from the Late Neolithic found in the Stonehenge area depict real objects – not only abstract patterns, as previously thought – a study has found.

Considered among the most spectacular examples of Prehistoric British engraved chalk, the four plaques were found within three miles of each other from 1968-2017.

Two of the stones, for example, were recovered from the so-called ‘Chalk Plaque Pit’ as a product of the construction work to widen the A303 back in 1968.

The subject of extensive study, the decorated stones have now been scanned using a special texture mapping technique by experts from Wessex Archaeology.

The imaging has revealed previously unseen elements in the artworks – most of which appear to be geometric designs – which exhibit a range of artistic abilities.

And one of the carvings on ‘plaque 1′ from the chalk pit, in particular, appears to be a representation of a twisted cord – an object likely known to the artist in life.

The team believe the plaques’ art styles may have been integrated into elements of Middle Neolithic culture, forming a ‘golden age’ of chalk art in the Late Neolithic.

‘The Chalk Plaque Pit, discovered in 1968, was one of the most important discoveries of Late Neolithic chalk art in Britain,’ said paper author and archaeologist Bob Davis.

‘Over the last five decades we have seen additional plaques discovered from the Stonehenge region which have aided the study. 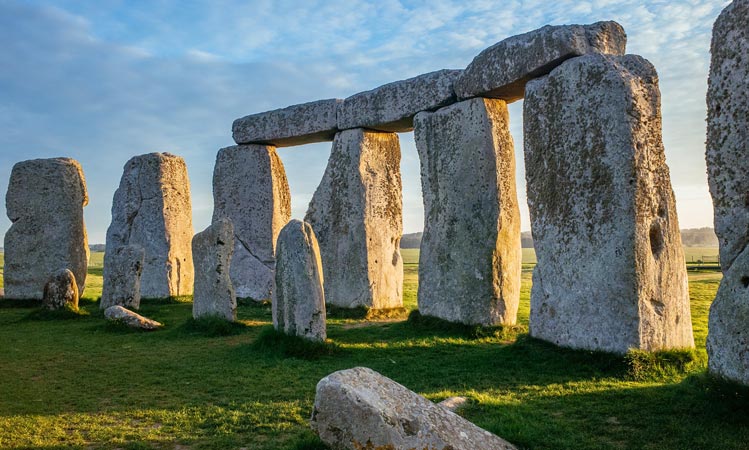 ‘Previously, the chalk plaques were documented using hand-drawn illustrations and were difficult to reconstruct due to erosion.

‘However, the advancement of revolutionary technology has made it possible to understand previously unseen features of the plaques.’ This, he added, has helped them ‘to understand the creative process of these Prehistoric artists.’

‘Chalk has provided an attractive material for engraving for countless generations,’ added fellow paper author and archaeologist Phil Harding, who first analysed the plaques in 1988, prior to the availability of the modern analytical tools used in the new study.

‘It offers surfaces that can be smoothed, allowing designs to be sketched, reworked, altered or erased accordingly. Engraved chalk plaques were an important cultural marker in the Neolithic period.

‘Utilising the advancement of photographic techniques, it is possible to suggest that Neolithic artists used objects known to them in the real world as inspiration for their artistic expression.’

‘The application of modern technology to ancient artefacts has allowed us not only a better understanding of the working methods of the Neolithic artists,’ began paper author Matt Leivers, also of Wessex Archaeology.

‘But also a rare glimpse into their motivations and mindsets,’ he concluded.

The full findings of the study were published in the journal Proceedings of the Prehistoric Society.