* Citizens can avail 30% discount on three basic edible items - including ghee, wheat, and pulses — under targeted subsidy for six months
* Package to be funded jointly by federal and provincial governments 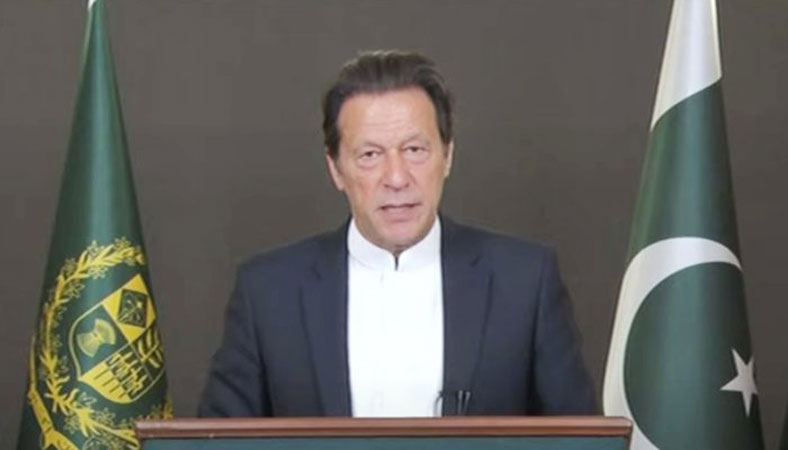 Prime Minister Imran Khan Wednesday announced country’s ‘biggest ever’ subsidy package worth Rs 120 billion providing 30% discount on ghee, flour and pulses to support 130 million people for ebbing away the impact of inflation from them.

The prime minister, in his televised address to the nation, said 20 million families would benefit from the subsidy package to be funded jointly by the federal and provincial governments.

Under the package, the beneficiaries would avail a 30% discount on the said three food commodities for next six months. He said the subsidy package was apart from the ongoing different programs under Ehsaas Initiative worth Rs 260 billion affecting 120 million families.

The prime minister particularly lauded the Ehsaas team for compiling the national data of households to enable the government provide direct subsidy to the entitled families. “Today, we have a data and now I am in the position to announce country’s biggest ever welfare program,” he remarked.

The prime minister also announced Rs 1400 billion for Kamyab Pakistan Program aimed at providing interest free business loans to the entitled four million families. The package consists of interest free loans for house construction, Rs 0.5 million each loan for farmers and businesses besides skill training to a member of the entitled family.

The prime minister said no doubt the inflation was an issue but instead of merely criticizing like opposition, the media should also teach the people about the worldwide inflation.

Quoting the Bloomberg Commodity Price Index, the prime minister said commodities’ prices grew by 50% in a year against just 9% in Pakistan. The prime minister particularly appealed to the industrialists and businessmen to take special care of labour class and give them a pay raise considering the inflation.

Commenting on the opposition’s criticism against the government, the prime minister committed to bring down prices of food commodities to half if the opposition leaders’ families brought back even half of the money to the country they had looted over last three decades.

According to the details of the subsidy package provided by the PM Office, the federal cabinet had approved the program on Tuesday which would affect 53% of the country’s population. Under the package, a subsidy of Rs 1,000 a month would be given to each of the 20 million families with a poverty score of less than 39 and an income of Rs 31,500 per month. Ehsaas has developed a digitally enabled mobile point of sale system in collaboration with National Bank of Pakistan (NBP) to serve beneficiaries through a network of Kiryana stores designated by NBP, all over the country.

This system will digitize parts of the retail sector; there will be use of real time data for decision making. This process will help make beneficiaries and store owners more digitally adept. The participating Kiryana store owners will be required to open bank accounts which will help further increase financial inclusion and settlement payments made through RAAST will help increase scale of digital transactions in Pakistan. For online registration of beneficiaries, Ehsaas will open a registration portal next week. In interest of transparency, the registered Kiryana stores and beneficiaries will undergo a rigorous verification process to minimize the incidence of fraud.

The federal government and all participating federating units will share fiscal resources in the ratio of 35/65. The governments of Punjab, Khyber Pakhtunkhwa, Gilgit Baltistan and AJK have already agreed to participate in the programme. In other federating units, federal share of subsidy worth Rs 350 per month will be given for each eligible household.