Pakistan’s consistency has impressed me the most 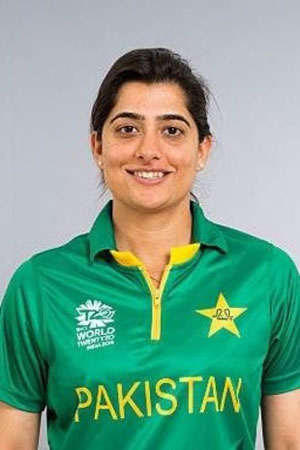 What has impressed me most about Pakistan at the ICC Men’s T20 World Cup 2021 has been their consistency. It is not usually something you associate with Pakistan. We always hear about an unpredictable Pakistan but in this tournament they have maintained their intensity, the catching has been good, the running between the wickets as well and as a unit they are performing to the standards we expect them to. At international level, you make plans and you have to execute them. That is exactly what they are doing. A lot of the credit goes to the players who are working so hard and that is the platform that they have used to achieve what they are right now. But I think SaqlainMushtaq also deserves a lot of praise for the work he is doing. He is not someone I have spent a lot of time with, but the one interaction I’ve had with him was a profound one. I was recovering from a back injury and was changing from bowling medium pace to bowling off spin. I used to hold the ball with four fingers and was talking about how leg spinners use the third finger and off spinners use two fingers to bowl.

It says a lot about his approach to coaching and the way he has empowered these players. Matthew Hayden and Vernon Philander have of course been a big influence and Ramiz Raja has given extra responsibility to Babar Azam as captain. When the captain has that responsibility, they feel confident making decisions. It is the same for the players. There are of course more factors in their success, but there is a freedom in this team for the players to express themselves. The environment is great for the players to succeed. I was pleased to see Pakistan decide to bat first against Namibia to give themselves a bigger challenge. Regardless of the opposition, it is not easy to bat in those conditions, but they did very well and now they are in a great position to top the group and avoid England, who are playing some great cricket, in the semi-final.