Bringing Army under civilians control is not difficult

Our politicians would from time to time harpon the mantra of civilian supremacy over military in democracy. The latest recital began in the wake of the Dawn leaks and was intensified by the April 29 tweet in which a serving major general rejected a democratically elected prime minister’s notification. The politicians are harping on this mantra for the past 59 years without pondering the question, why it is not enchanting the audience, namely the army.

PPP and PML-N have been to power five times. Currently, PPP is in power in Sindh, PML-N in the center, Punjab and Balochistan and PTI in Khyber Pakhtunkhwa. MQM is the second largest party in Sindh since 1988 and has been — most of the times — an influential coalition partner of every government in the center. None of these parties reflect any sign of democracy in their setups and functioning. They are monarchies that are inherited by the leaders’ offspring as birthright. Ironically, the party that exhibits a modicum of democracy is the Islamist party Jamat Islami (JI). Leadership can’t be inherited in JI. It elects its chief following a system. This is probably the only remarkable thing in JI! From 1940 till to-date, JI had seen five leaders who were not related to each other even remotely.

Mainstream political parties don’t hold intra-party elections in letter and spirit. New faces will emerge if the exercise is conducted genuinely. Leadership would pass from grandfather to father and from the latter to son. Benazir inherited party’s leadership from her dad Z A Bhutto. Zardari inherited it from Benazir. And now the king-in-the-making is Bilawal — a lad before whom highly reputable and seasoned politicians like Aitzaz Ahsan and Raza Rabbani stand like the most obedient attendants. PML-N is the throne of Sharif Brothers that will pass from Nawaz upon his death to his daughter Maryam Safdar. PTI was founded by Imran Khan in 1996 and he is likely to head it till going home in a box and Altaf Hussain is MQM’s ‘Führer’ for life.

Army would practice far more democracy than the civilians. Did/can any military dictator anoint his son, daughter or son-in-law as army chief or corps commander? The army certainly violated the constitution whenever it toppled a civilian government. But, why the people, supporters, office bearers or leaders of the political parties did not flood the streets to crush the coups like the Turkish people (including Erdogan’s opponents) did recently by laying down feet away from tanks’ treads and giving 161 sacrifices.

The practice here for the past 50 years is, the opposition leaders would attend the army chief’s ‘court’ secretly and beg him to impose martial law. And whenever the chief obliged such politicians, the public welcomed the coup overwhelmingly by staging bhangra and distributing sweets. The same welcome was witnessed in 1999 when Musharraf toppled the PML-N’s heavy mandated government. What a scratch-less coup it was!

And what a hapless country we are — the army topples the government and the latter stages a coup against the judiciary. On Nov 27, 1997, hundreds of PML-N supporters including leaders attacked the Supreme Court. The then Chief Justice Sajjad Ali Shah had written to the then army chief Gen Jehangir Karamat for security for the Supreme Court and its judges.

In Pakistan, the practice has been that Opposition leaders keep attending the Army chief’s ‘court’ secretly, begging him to impose martial law. And whenever a chief obliged such politicians, the public welcomed the coup overwhelmingly by performing bhangras and distributing sweets

The history is repeating itself now. Pemra’s handpicked chief and Nawaz Sharif’s blue-eyed boy Absar Alamis being harassed for banning Bol TV channel. In his May 8 press conference against the government, he implored the army chief for security adding that he was doing so after his failure to meet the prime minister despite running from pillar to post. (This reminds me of police encounters in which hardcore criminals demand that they would surrender before the army instead of police!)

Politicians’ wrongs can’t make the army’s wrong right. Yes, military is always subservient to the civilians but only in democracy. The politicians must establish the rules of democracy first instead of nurturing dictatorship under the façade of democracy. They can’t establish their supremacy over the army by teaching democracy to the generals or reminding them what Jinnah had said i.e. army is servant of the people; policymaking is not its business; it is bound to follow the orders of the civilians.

Before resorting to such rhetoric, they will have to have an unblemished reputation and character besides a modicum of the leadership and statesmanship that Jinnah demonstrated. David Cameron resigned after the Brits rejected his appeal to remain EU citizens. He was not facing any charges of corruption. It was morally wrong for him to lead a nation that paid no heed to his pleas. Can our politicians be moral like him?

Frequent rail accidents fail to wake up the conscience of our railway minister. Suicide attacks, bomb blasts, target killing, sectarian murders, mob lynching, etc., don’t make our interior minister feel ashamed. Supreme Court’s verdict on Panama case does not make our prime minister resign — at least for those sixty days that is deadline before the joint investigation committee. In Turkish hamam, you can’t tell others that their back is naked!

The writer is a freelance journalist and researcher based in Islamabad. Email: Yamankalyan@gmail.com 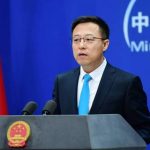